Gender-bending rapper says she was detained for "being gay" 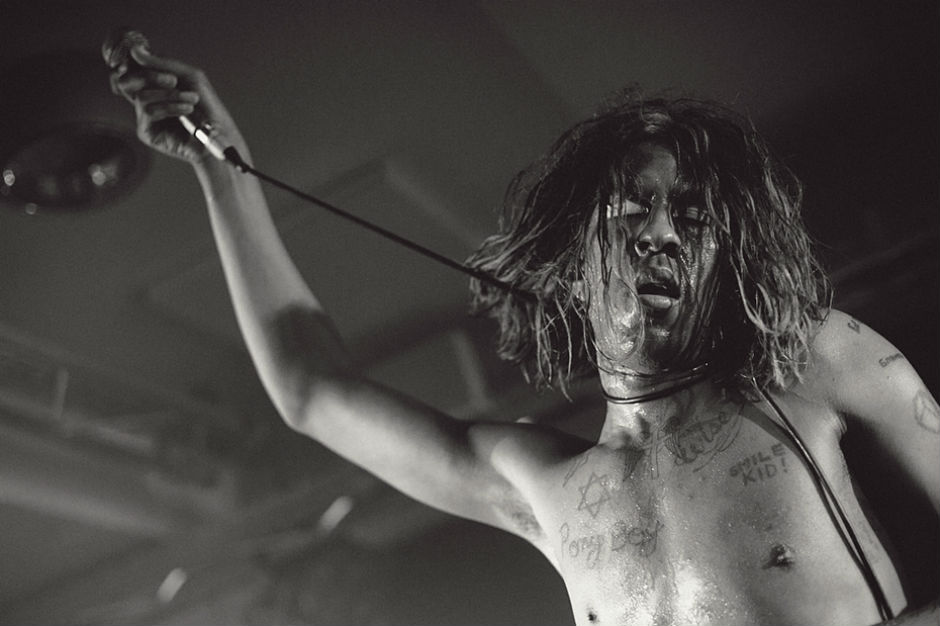 Earlier this week, rapper and LGBT icon Mykki Blanco was arrested in Portugal after a verbal altercation with an allegedly homophobic and racist police officer. According to Noisey, the incident happened at the Lisbon Airport where Blanco had just landed and was trying to get a cab. She broke the news via a series of Facebook posts, beginning with “I’m being arrested in Portugal for being gay,” and including a number of photos from the jail cell.

The altercation escalated because I waited in a long line outside the airport for a taxi and when I was told I could not use my credit card but only cash (which also is not true I later found), the taxi attendant and cop refused to help in any way. They were impatient and short with me all the while eagerly helping white tourists. A Portuguese woman in line with me even leaned over and whispered, “I don’t know why they are being so strange with you, there is a place inside to buy taxi vouchers you don’t need cash.” I should have listened to the woman and went inside to find the voucher office but there is a part of my personality that really wants to see if people WILL actually be prejudiced, to see if maybe my PC west coast optimism about the world is being challenged by blatant discrimination and I was right. I asked the police officer where the voucher office was and I was told to “go away” like I was a nuisance and when I asked why he could not help but the other white tourists I was yelled at and told to “go away bicha”  which is a gay slur, even though I had waited in the same line as everyone else.

After saying “fuck you” to the cop, she was arrested on the charge of insulting a police offer, and was later released after paying a 600 Euro fine (roughly $819 American). After posting more on Facebook about Portugal, a number of people responded with hateful messages and photos, leading to her to write, “I’M OVER PEOPLE DEFENDING PORTUGAL BECAUSE OF FALSE NATIONAL PRIDE. GUESS WHAT? YOUR COUNTRY IS JUST AS FUCKED UP AS ANYWHERE ELSE IN THE WORLD. DEAL WITH IT.” When the abuse continued, she said, “Please stop writing hate speech, threatening to hang me, posting pictures of slaves and leaving gay hate messages on my page, I have seen a really disturbing side of this culture tonight.”

Blanco later tweeted a photo showing that she was blocking all Facebook messages from people in Portugal, with the caption, “y’all don’t have to get off the internet, but you sure gotta get the fuck off my shit!” At least she’s still got her sense of humor after all this bullshit.