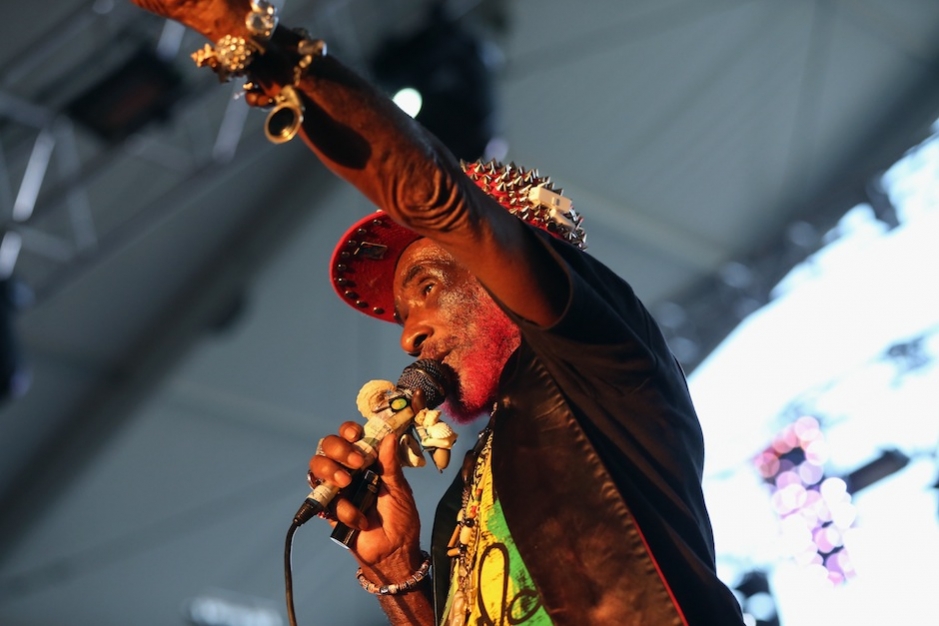 A new documentary about Lee “Scratch” Perry called The Upsetter was recently made available on demand, and to celebrate, the dub-reggae legend has released “Jesus is a Soul Man” as part of a BitTorrent Bundle. For the new track, Perry teamed with likeminded bass explorer Clams Casino, which proves to be a pretty natural pairing. Our host’s affected, watery vocal melds naturally with the beat’s cosmic thrust. It isn’t dub proper, per se, but Clammy Clams’ work is no doubt part of that lineage.

You can download the track over at BitTorrent along with a bunch of artwork that Perry made for that new doc. Preview some of that, and watch the trailer for The Upsetter below.