Life finds a way on June 11 via Mondo 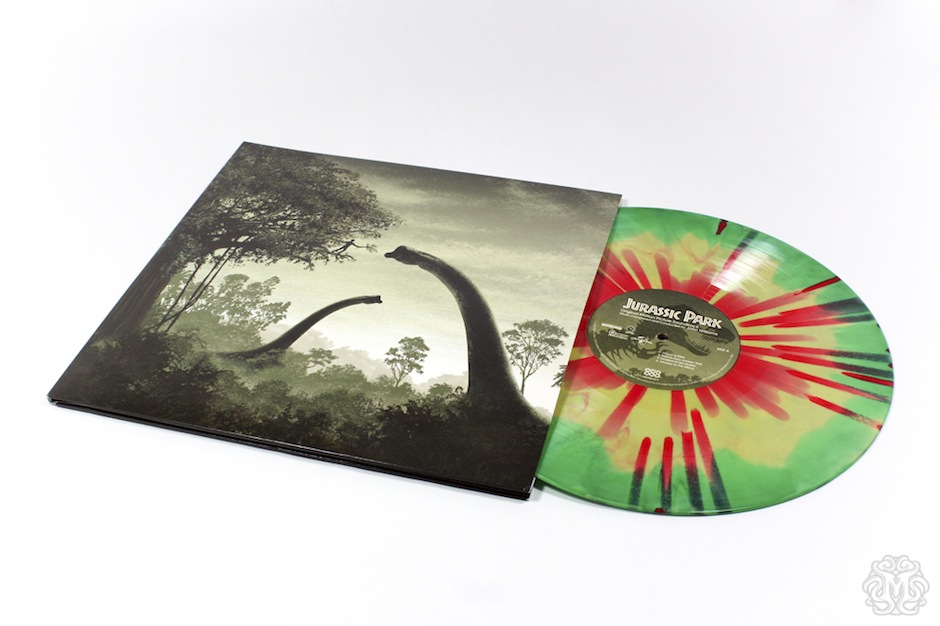 Anyone who has seen Jurassic Park since the Stephen Spielberg blockbuster opened in theaters 21 years ago (the procompsognathus will take a Three Wisemen, thanks bartender) knows well the perils of bringing back an extinct species. Prepare to jump out of your seat all over again, then, because the folks at Mondo have somehow extracted the John Williams score’s DNA from amber-trapped mosquitos. In other words, yes, the Jurassic Park Original Motion Picture Soundtrack is getting new life in a remastered vinyl edition. Spared no expense.

The limited-edition dino revival will come out on June 11 in two versions. There will be a 180-gram black-vinyl double LP with artwork by JC Richard; a few lucky buyers will get a dilophosaurus-colored vinyl variant, after the spitting, frill-necked charmer that eviscerated Newman from Seinfeld. There will also be a 180-gram amber-vinyl double LP, limited to 1,000 copies and with artwork by Dan McCarthy. Oscar-devouring composer Williams, of course, did the music for both. (It’s too bad petroleum doesn’t really come from dinosaurs, or there would be a lot of irony here — try not to think so much about the truly staggering amount of oil that it takes to make a record.)

The record will be available only at MondoTees.com. The art gallery and online store has previously released newly packaged editions of the scores for Poltergeist, Oblivion, Halloween, Drive, The Omen, Coraline, and Paranorman. Sorry, their press release preempted our “hold onto your butts” joke.

Merry Christmas Everyone and Welcome to Jurassic Park