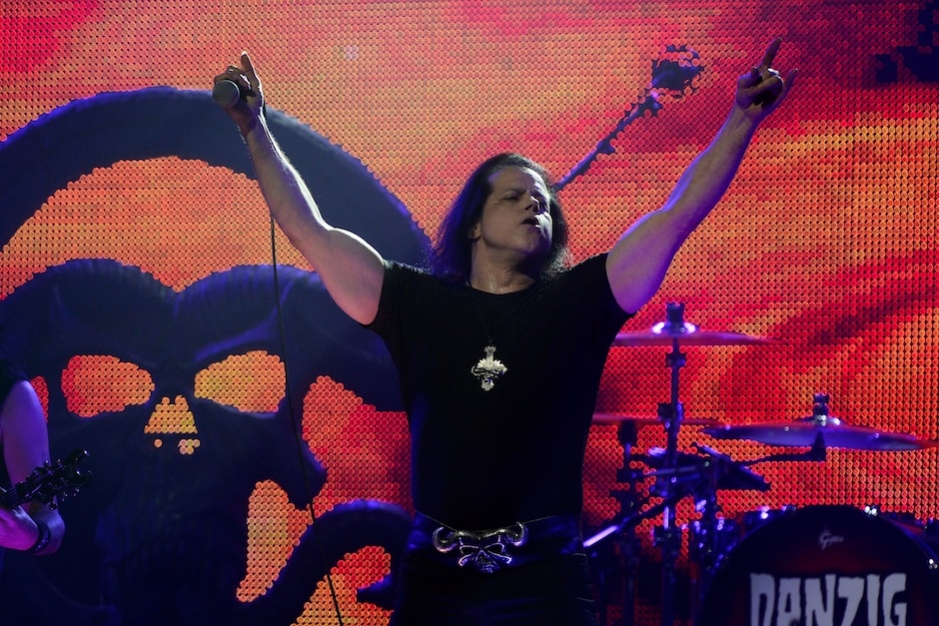 In case you were wondering why the Misfits’ logo has ended up plastered indiscriminately across all manner of strange merch, well, it wasn’t Glenn Danzig’s fault. But it’s not that the metal king is necessarily opposed to the use of the famous “Fiend Skull” on, say, a pair of knockoff UGGs. Rather, Danzig claims in a lawsuit filed April 3, that Misfits’ bassist Jerry Only (née Gerrard Caiafa) broke a written 1994 agreement that each could use the band’s logo only with consent from the other.

Re-Tox reports that the forelocked “Mother” singer says Only secretly agreed to deals with various merchandisers, including Hot Topic, without consulting Danzig or even letting him know the deals were taking place. Furthermore, the lawsuit claims Only threatened to withhold licensing agreements from the merchandisers if they contacted Danzig at all, hence shutting him out of both quality control and the merch profits.

Lastly, Danzig claims the bassist filed trademarks over the Misfits’ name and logo in 2000 and misappropriated full ownership of those trademarks to himself before entering into illegal deals with merchandisers. He is suing for breach of contract and is seeking however much money he is owed from the licensing contracts plus interest. (And maybe one of those bucket hats and an incense burner, because why not.)

We suppose Only should consider himself fortunate that Danzig is going the legal route on this one. A man who’s ordered his fans to punch other fans in the face is not to be trifled with.