Dave Grohl and co. recording in eight cities with loads of special guests 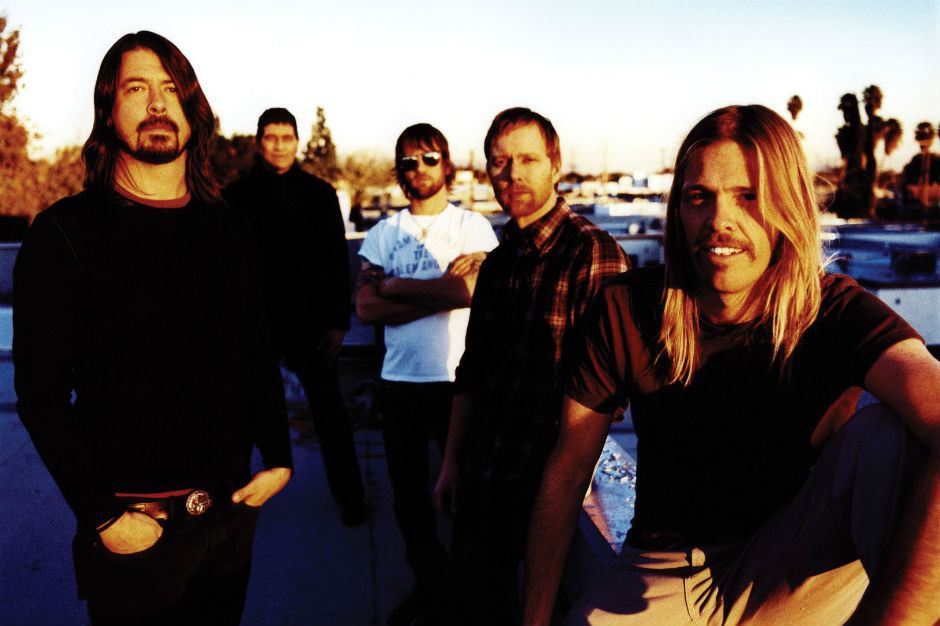 Foo Fighters are having a blast working on their upcoming album. We know that thanks to gun-toting Instagram pics, reports of a tiny cafe show, and footage of Dave Grohl doing a mid-solo Jager shot on top of a club’s bar. What we didn’t know was just how unique this LP will be.

It had already been revealed that Grohl was getting his own HBO show, and now we know exactly what it will entail. The series will document the recording process, showing the quintet tracking songs in eight cities: Chicago, Austin, Nashville, Los Angeles, Seattle, New Orleans, Washington, D.C, and New York. For each stop, they visit a legendary studio and jam with local legends, whom Grohl will also interview. Some of the names attached include Fugazi’s Ian MacKaye, Kiss’ Paul Stanley, Heart’s Nancy Wilson, and the Eagles’ Joe Walsh, while blues legend Buddy Guy is confirmed to appear, according to a press release.

The follow-up to 2011’s Wasting Light also features a new songwriting process for Grohl. According to the release, “Dave held off on putting down words until the last day of each session, so as to be inspired by the experiences, interviews and personalities that became part of the process.” The album is due out this fall from Roswell/RCA, while the series doesn’t have a premiere date yet, and neither the record nor the show has a title.