FCC Goes Ahead With Internet Plan Fought by Music Groups 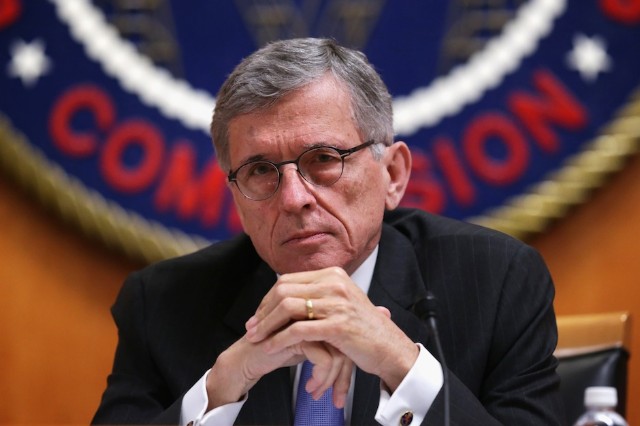 Michael Stipe must be losing his religion right about now. Music fans might want to perk up their ears, too. The Federal Communications Commission met today on a plan that could overhaul the online experience, and the commissioners voted by a three-two margin to move the proposal forward. The decision has been hotly anticipated, with critics warning it could harm the idea of an open Internet and undermine net neutrality, the concept that Internet service providers shouldn’t be able to restrict how the rest of use the service.

The plan now out for public comment essentially matches what music advocacy groups, technology companies, and lawmakers from both parties have criticized since it was first reported in April. As The Washington Post reports, the proposal would allow cable and telephone companies to charge extra fees to websites and streaming providers for higher-quality access to Internet users. The Democratic commissioners, including the chairman, Tom Wheeler, voted for the measure; the panel’s Republicans opposed it.

“We are dedicated to protecting and preserving an open Internet,” Wheeler said right before the vote, as quoted by The New York Times. “What we’re dealing with today is a proposal, not a final rule. We are asking for specific comment on different approaches to accomplish the same goal — an open Internet.” The public now has four months to comment on the proposal before the FCC starts drafting final rules, which Wheeler has said he hopes to finalize before 2015.

The FCC’s plan has faced an intense public backlash. Five protesters reportedly stood up during today’s meeting and were removed by security officers. Senator Ron Wyden, a Democrat from Washington, has joined with several others from his party in calling on the FCC to drop the proposal. Across the aisle, House Republican leaders including Representative John Boehner, the majority leader from Ohio, have also urged the agency to reconsider the idea.

On May 14, Future of Music Coalition and Free Press unveiled a letter opposing the FCC’s plan, with signatures from Stipe, Eddie Vedder, Jeff Mangum, Fugazi, tUnE-yArDs, Neko Case, and many others. On May 5, the American Association of Independent Music, which represents many familiar indie labels, also warned against the proposal. A2IM contended that creating fast and slow lanes for Internet use would make it harder for the labels to connect with fans, a direct dialogue that has been one of the Internet’s greatest boons for music.

“The next 120 days are going to be big,” Future of Music Coalition tweeted today. “This is far from over.”

Read our previous posts on this issue:

The FCC Voted to End Net Neutrality. What Happens Next?