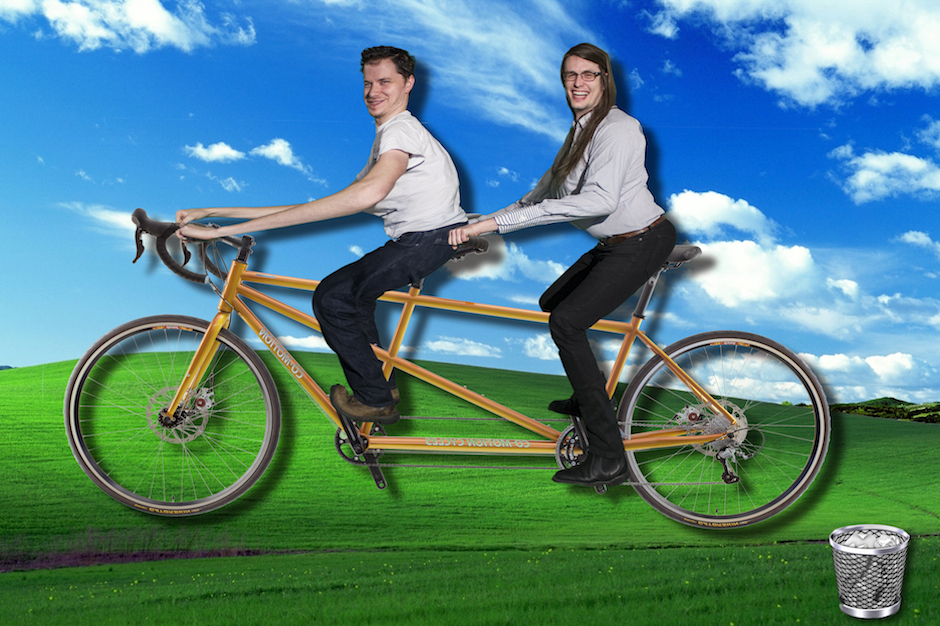 Baltimore duo Ed Schrader’s Music Beat, comprised of Ed Schrader and Devlin Rice, don’t waste time getting to the point on their forthcoming release, Party Jail. Their sophomore album, a follow up to 2012’s Jazz Mind, elbow-drops in with “Pantomime Jack,” a slow-building, rumbling rocker of a track that builds for about thirty seconds before exploding into a screeching, soaring chorus. (It’s truly refreshing to hear a band not fuck around and bring their formidable talent to the front of a record.) They get to the heady sonic exploration later on; “Pantomine Jack” also contains a creepy, totally fuzz-filled breakdown that’s a brainier than the song’s screaming, visceral chorus.

The album unfolds as a brassy adventure in minimalism, including the jazzy, dance-friendly track, “Pink Moon,” and then the helium-voiced, punk-pop fist-pumper, “Emperor’s New Chair.” Highlights showcased via hints of the Modern Lovers on the seven-minute-long “Clock Weather” and the atmospheric, tensely built, noir-ish closer, “Weekend Train.” Party Jail arrives May 20 on Infinity Cat Recordings but you can stream it in advance of the release below.