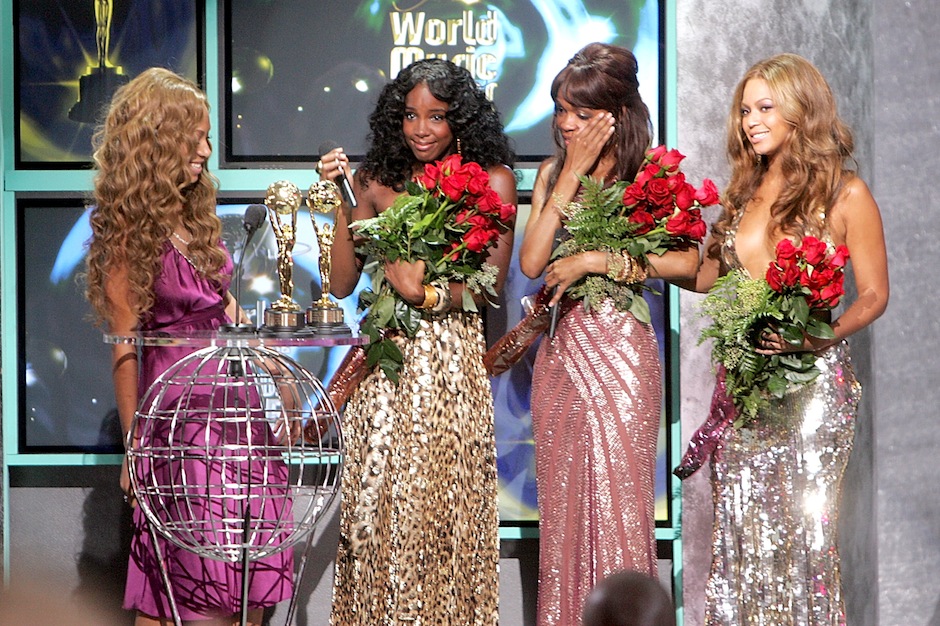 A Destiny’s Child quasi-reunion can be an occasion to send praise toward the skies. Michelle Williams’ kinetic “Say Yes!,” featuring fellow Destiny’s Child members Beyoncé and Kelly Rowland, plus Beyoncé’s recently elevator-famous sister Solange, actually is an occasion to send praise toward the skies. The Jesus Christ Superstar singer — in a cast that also includes the Sex Pistols’ John Lydon, Incubus’ Brandon Boyd, and ‘N Sync’s JC Chasez — is working on a new gospel album called Journey to Freedom, and this clubby preview is not only star-studded, but damn near impossible to get out of your head, too. Amen.

Beyoncé, Williams, and Rowland appeared together in the video for “Superpower,” a Frank Ocean collaboration from Queen Bey’s late-2013 stunner Beyoncé. All three also sang last year on Rowland’s “You’ve Changed.” And of course, who could forget Destiny’s Child shutting down the lights at the Super Bowl in January 2013? Solange’s new Saint Records issued the “indie R&B”-reclaiming comp Saint Heron last November, and Mrs. Carter-Knowles joined her onstage at Coachella 2014.

Listen to “Say Yes!” below. Williams has said it’s an unmixed and unmastered version, so stay tuned for the finished track.