Dave Grohl Is Getting His Own TV Show

Because duh. Oh, and it'll be on HBO and involve jam sessions... 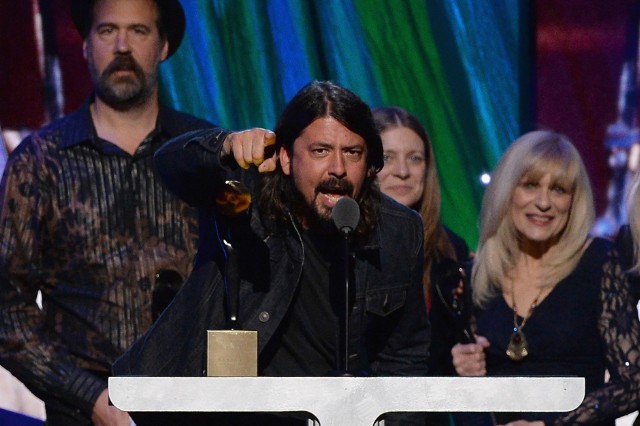 Dave Grohl is getting his own show on HBO. According to the limited information shared by Classic Rock Magazine, the as-yet untitled series looks to be part talk show, part musical showcase. Dovetailing nicely with his 2013 documentary (etc.) Sound City, it’ll find the Foo Fighters boss and Nirvana drummer traveling to different studios of note, recording music therein, and interviewing some of the better-known artists who’ve made albums at said facility.

He’s apparently already spoken to a handful of impressive musicians: Kiss frontman Paul Stanley, Ian MacKaye of Fugazi and Dischord Records, Heart guitarist Nancy Wilson, and Eagles guitarist Joe Walsh (who seems to have something to do with the new Foo Fighters album). The recording spaces featured include Steve Albini’s Electrical Audio in Chicago and Don Zientara’s Inner Ear in Washington, D.C., plus others in New York, Seattle, and Nashville.

Oh, and Dave Catching’s Rancho De La Luna out in Joshua Tree, California, where Grohl and other Foo folk were recently seen firing BB guns and making a record with Butch Vig behind the decks. That’s the same studio, of course, that’s been home base for Josh Homme’s posse over the years, from Queens of the Stone Age to Desert Sessions to Eagles of Death Metal to Arctic Monkeys to Mark Lanegan to… you get the idea.