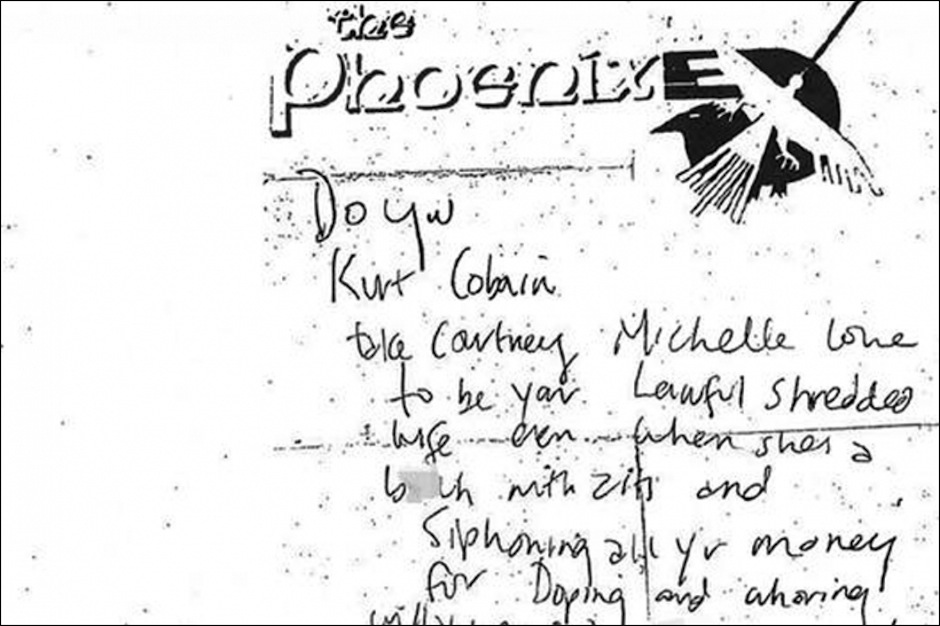 As we speculated last week when the full text of the note surfaced, author Charles R. Cross claims that a note found in Kurt Cobain’s wallet at the time of his death was indeed written by Courtney Love.

The note, which darkly poked fun at Cobain and Love’s marriage vows, was found at the time of Cobain’s death, but it wasn’t until recently, when CBS acquired it through a public information request that the document became public. Many attributed the note to the couple’s dark sense of humor, and now as The Guardian reports, Cross confirms that it was penned by Love.

Love apparently emailed Cross, who wrote the Cobain bio Heavier Than Heaven, to say that she wrote the note prior to the couple’s 1991 wedding. This is the closest that Love, who recently made amends with Dave Grohl, has come to commenting publicly on the situation.