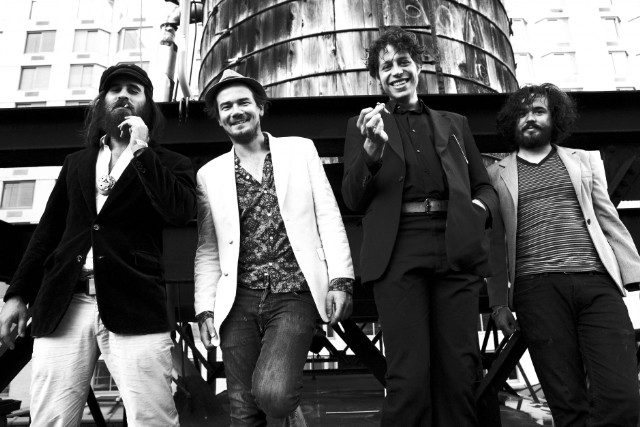 Nashville-via-New York transplants Clear Plastic Masks stay true to their name on their full-length debut Being There. Due on May 27 by way of Serpents & Snakes Records, the record sounds naked and pleasantly unadorned. It’s not that the album’s 11 songs are particularly spare or subdued. In fact, as the video for their single “So Real” reveals, drummer Charlie Garmendia is a pounder who sounds most comfortable at full flail. (The video continues with images of booze, puke, and fireworks set to a churning garage-punk stomp-along — who could ask for anything more?)

Still, Being There’s focal-point and open book is frontman Andrew Katz, who seems incapable of holding anything back at all. As captured in the studio by Andrija Tokic (Alabama Shakes, Hurray for the Riff Raff), Katz’s voice takes the spotlight on all 11 tracks; even at a murmur, his raw yowl sounds intense enough to shred vocal cords. Good thing there’s an instrumental break toward the end (via the album’s “Dos Cobras”) so the poor guy can catch his breath. The soulfully bouncing “Outcast” single has generated some buzz leading up to the release and Being There will undoubtedly follow in suit. You can listen to the Being There in full below and preorder the release on iTunes or Amazon now.