Charts Break Down History of Drug References in Rap

Lil B dubbed the king of codeine, cocaine, and ectasy 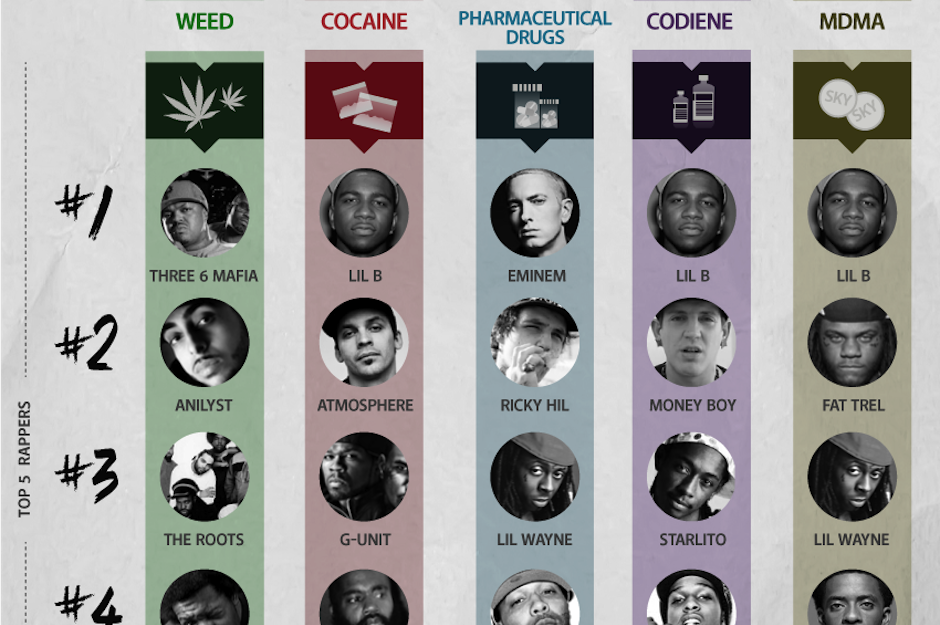 Hot on the heels of last week’s analysis of the largest vocabularies in hip-hop, we’ve now got a series of charts analyzing specific drug references in rap music over time. Seen below, the data and graphics were amassed by — who else? — an addiction-support organization called Project Know. Visit their site for the full look at their findings, which sort of shockingly come sans editorializing.

To wit, the organization almost seems celebratory when they query, “Which drugs have faded like fads, and which continue to bounce with the bass of every generation?” To find out, they utilized Rap Genius’ lyrics database. This prevalence of each drug was apparently determined by “dividing the total number of songs containing a given phrase” by the “total number of rap songs that year.”

Project Know’s data set concludes with an attempt to crown Lil B the king of references to cocaine, codeine, and MDMA, though this could very well be just because Lil B has so many damn songs. With oversights like that, it’s worth noting that this is an imperfect look at the relationship between rap and those aforementioned substances (also alcohol, MDMA, and prescription pills) over the last 15 years.

But it’s still fun to look at. Check out all the charts below, and be sure to revisit: 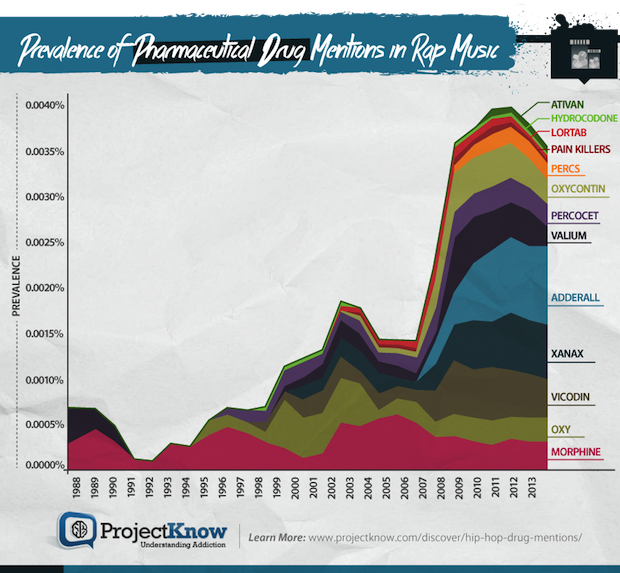 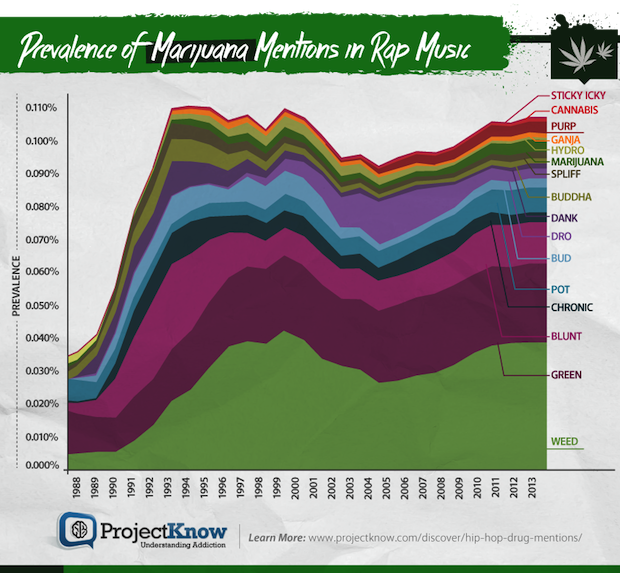 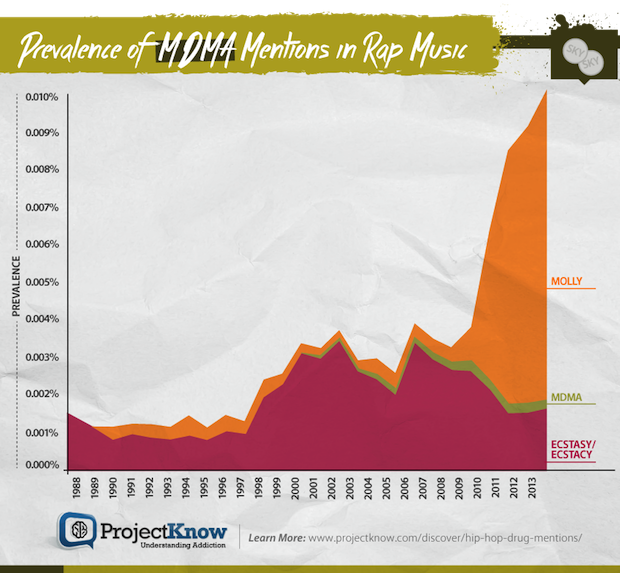 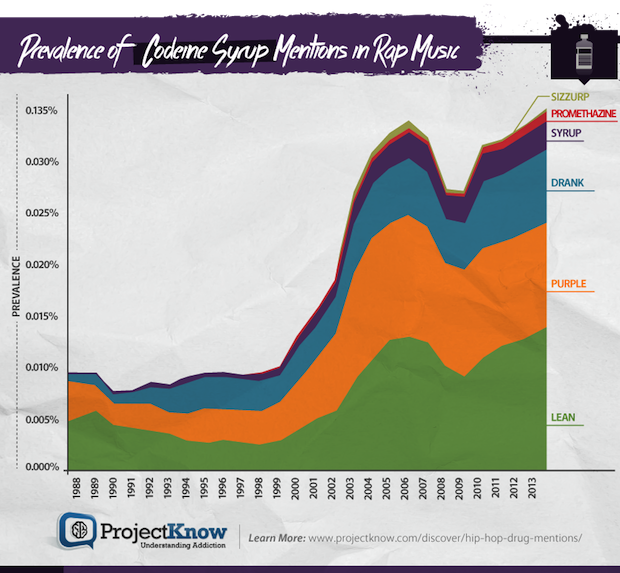 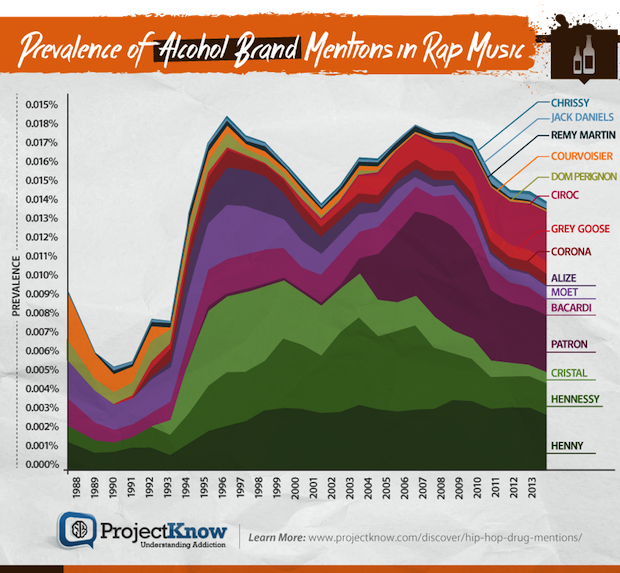 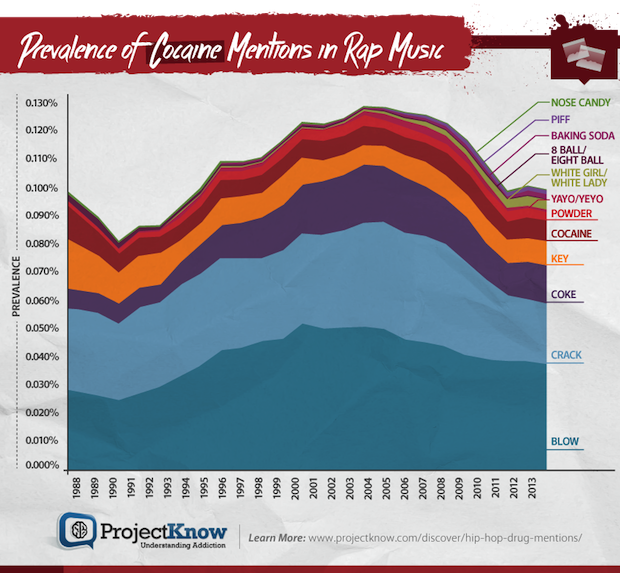