"I seem to write the best when I allow myself to dive into the shitty sides of life," says Majke Voss Romme 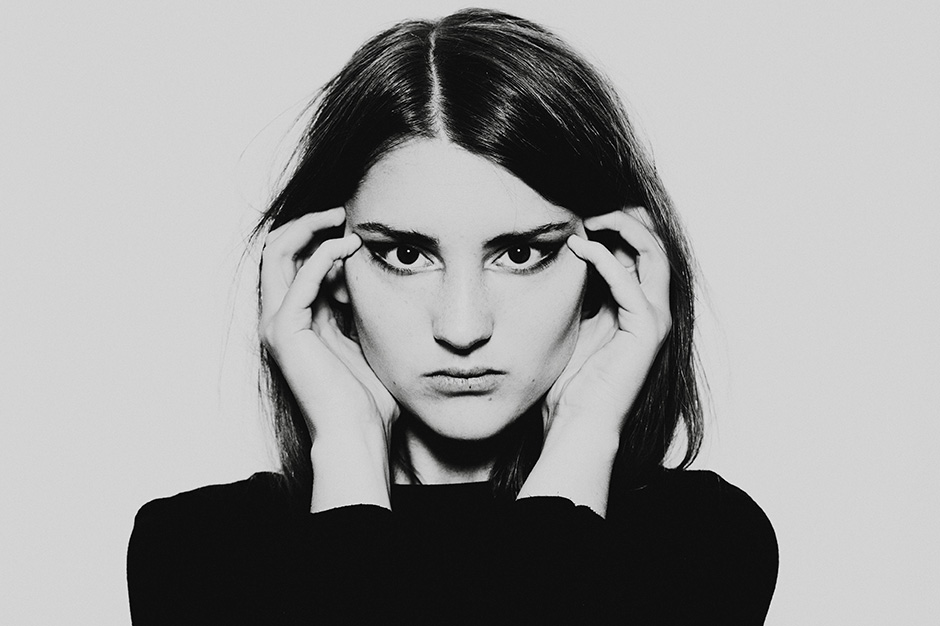 Majke Voss Romme, who records as Broken Twin, falls into this latter camp. The singer’s experimental folk songs, as heard on her self-produced debut May, are stark, spectral odes to desolation, loss, heartache — the whole shebang. Recording music this raw requires no small amount of courage, which you can hear in real time as Romme pushes her quavering vocals directly to the forefront of each song, presenting them like a little kid showing off her scars: “I long for more than I can give / I find it hard to simply live,” she sings on “Sun Has Gone.” Lines like this are set against a minimalist backdrop of hushed pianos, barely-there guitar figures, and sonic flourishes such as horns, strings, and bits of wispy electronics. The result is perfectly, exquisitely devastating.

“I seem to write the best when I allow myself to dive into the shitty sides of life,” says Romme via phone from Copenhagen, where she lives. “But to me those sides are the more beautiful sides of life. That’s what interesting.”

Romme grew up in the Danish town of Hjørring, which she describes as a “small, provincial city.” She was taught piano by her father as a child, who also introduced her to pop music by acts like the Beatles. “I grew up during a time when the radio would blast out Spice Girls and Britney Spears,” she says. “And I listened to that like everyone else of course. As I got a bit older I started listening to Lou Reed and Leonard Cohen.”

Signed to Anti for the release of May, which came out last month, Romme now shares a label with Tom Waits. “He’s one of my personal heroes,” she says. “It’s a bit overwhelming.”

Mr. Waits is appropriate company: Romme’s mournful piano chords and naked displays of emotion bare a certain resemblance to Waits’ early work on albums like Closing Time. Throw in the somber side of Kate Bush, the hushed fury of Tori Amos, and the roiling intensity of contemporaries Daughter, whom Romme opened for on a recent European tour, and you’ve got the formula for May.

Boiled down from over 200 song sketches, the album was recorded over most of last year, with Romme alternating between her bedroom and the studio. “It was a bit of a mess to be honest,” she says. “When I’m writing, I’m very compulsive. I just write and then I record something and then I put it away and forget about it. So when I had to do this album I had to go through all those songs that I had lying around on my phone or whatever. Some songs were more finished than others, so it wasn’t like I had to build up 10 new songs from scratch. So I just tried to find the ones that fit together best and then sweat my way through it.”

May opens like a sunrise, the first notes of “The Aching” ringing out like a clarion call as Romme sings, “That old sinking feeling/ Is rushing over me.” Finally light bursts over the horizon in the form of somber cellos. “Everybody knows what the aching means,” she sings.

Not everything’s quite that intense. “Sun Has Gone” has an almost nursery rhyme lilt to it, with pianos dancing out brittle melodies amidst a swirl of woodwinds, as Romme addresses a man named John: “I don’t know where the sun has gone / It darkens all around me, John.”

Alright, so maybe everything is that intense. But for all of her struggles, there’s a certain fortitude coursing through May that let’s you know that Romme will not go gently into that good night. “I refuse, I refuse to take the pain,” she sings on “Out of Air,” one of the more heartbreaking tracks on an album full of them. “In Dreams” recalls the brutal tranquility of Antlers, building and building. Rounding out these rallying cries is “No Darkness,” which finds Romme willing away her melancholy. “There will be no darkness / I will fill your space with light.”

This is not an empty promise. By the time the dust settles, Romme has left you both devastated and filled with hope.