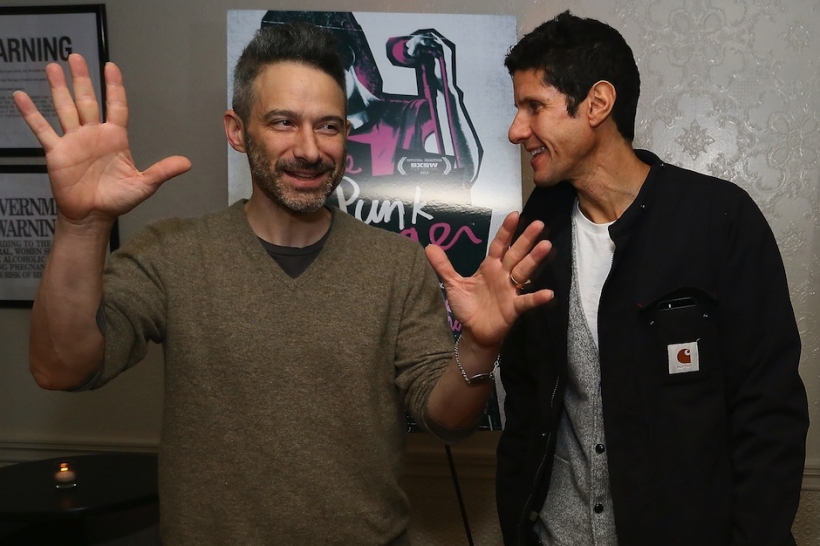 UPDATE: The Beastie Boys’ Michael “Mike D” Diamond is set to take the stand today, according to a rep for the group. Lawyers say it will probably be after the lunch break, but it could be sooner.

The Beastie Boys’ Adam “Ad-Rock” Horovitz left the witness stand on Wednesday (May 28), his second day of testimony in the iconic rap group’s copyright-infringement lawsuit against Monster Energy Drink. But not before stating for the record a simple preference. “We like sports,” he said, as quoted by the AP.

The comment came during cross-examination, after a lawyer for Monster asked Horovitz about licensing songs for a watch company’s snowboarding-based promotional video. The previous day, as the Beastie Boys-Monster trial got started, Ad-Rock said, “We don’t license our songs for products.” Under questioning by attorney Dana Michelle Susman, Horovitz acknowledged allowing the watchmaker to use Beasties music, but he said it was because proceeds went to charity and because of friendship with the company owner.

He also said it made sense the Beasties would champion outdoor sports. The promotional video for the watch reportedly used a handful of the group’s songs and showed snowboarders in action. “We come from a community of snowboarders, skateboarders, extreme sports world, so we’re enthusiasts of that,” Ad-Rock told the court.

Eventually, though, Horovitz might’ve wondered why was giving sworn testimony about X Games activities. “We’re here because Monster Energy used our music without a license,” he reportedly said. Following his remarks, he left the stand and sat among the spectators with his wife, singer Kathleen Hanna, while his music manager, John Silva, spoke about legal agreements, according to the AP.

The Beastie Boys sued Monster almost two years ago after the company posted a snowboarding-centered promotional video using the group’s music. The clip came shortly after the death of Beasties member Adam “MCA” Yauch, whose will ruled out the use of his work or likeness in advertisements. Monster acknowledges it made a mistake but said it should have to pay $125,000 or less. The Beastie Boys want at least $2 million. The trial was expected to take five or six days in all.