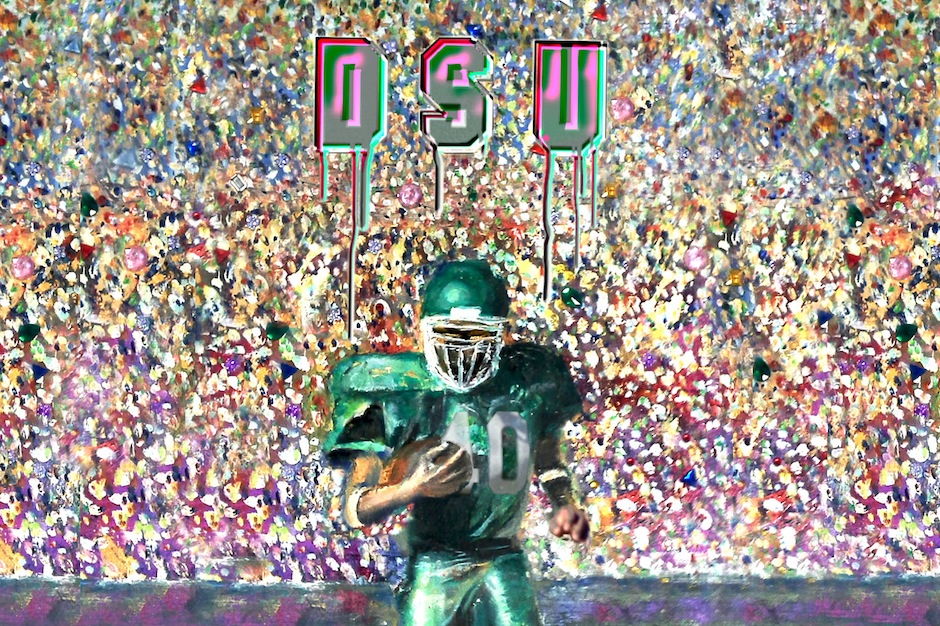 For the better part of the past three years, the Philadelphia-based singer-songwriter Alex Giannascoli (known professionally as Alex G) has chunked out a series of small, scrappy bedroom-to-Bandcamp missives. June 17, Giannascoli will finally emerge with DSU, his first proper LP, and today he’s released “Harvey,” one of that record’s many groggy gems.

Though built around nothing more Giannascoli’s lazily multi-tracked vocal take, some insistent guitar strumming, and a far off piano part, the man’s distinct, warped sense of melody places “Harvey” somewhere in the center of a Venn Diagram between Big Star, Built To Spill, and Elliott Smith — all without really ever actually sounding like any of those things.

Giannascoli’s been ambling down this woozy, pitch-shifted lane for a number of releases now (which you can download for free over at his Bandcamp), and “Harvey” is just the latest in that long, wobbly lineage. The first pressing of DSU sold out in a matter of hours after it went on sale, but fortunately Orchid Tapes announced a second pressing today that you can pre-order at their webstore. That’s the album cover above, and you can stream “Harvey” below.