10 Albums to Stream: Fucked Up, Parquet Courts, the Orwells, 50 Cent, and More 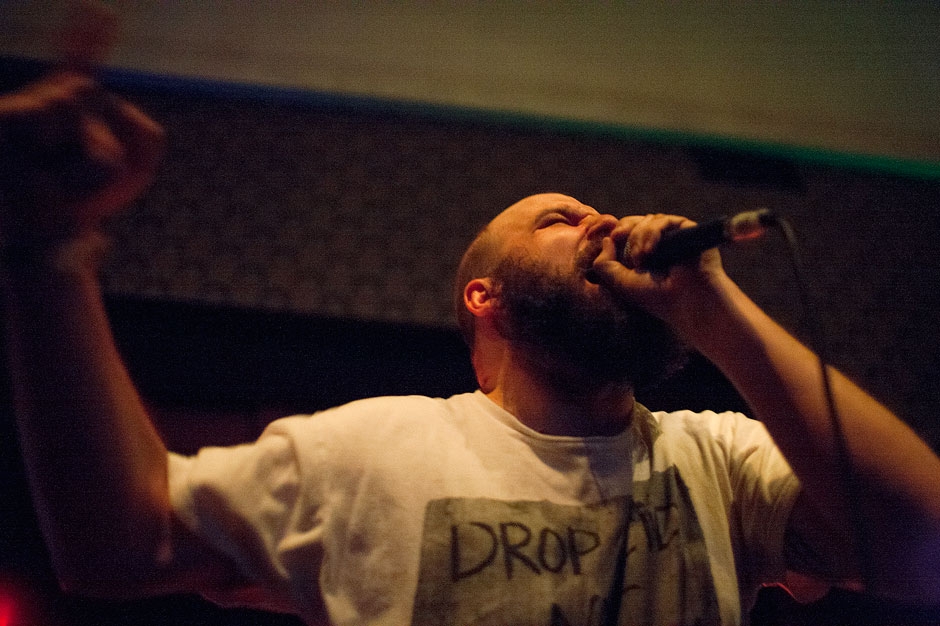 Happy Friday! Look what we arranged for you: A collection of album streams, featuring new records by Fucked Up, Parquet Courts, the Orwells, Bob Mould, 50 Cent, and more.

1) Fucked Up, Glass Boys. “David Comes to Life was widely praised for its conceptual, novella-like pacing and irreverence in a genre defined by revved-up meters and a lo-fi sheen. Glass Boys is still yell-y, but its ten tracks build on David’s collapsing of hardcore tropes and turn them into something more melodic and elegant. There are blissful guitar swells, dizzying meter changes, heavy starts and sparse closes, and a couple of surprisingly dense moments of groove.” — SPIN (via Pitchfork)

2) Parquet Courts, Sunbathing Animal. “Each song here has a story behind it: tales of leaving the spirit behind as the body moves on, odes to regret, memories of errors in conduct, notions of freedom and fear, the cost of physical absence. The band still wind-sprints with deadly efficiency, but the slower moments on Sunbathing Animal (like the aching ‘Instant Disassembly’) still locate the essence of heartache, as if the band had been writing songs like this all along.” (via NPR)

3) The Orwells, Disgraceland. “A giant step on from the DIY ethos of 2012 debut Remember When, Disgraceland ups the production values to form something that’s still full of carefree youth, but could also sit happily on the radio. You’ll probably have heard filthy first single ‘Dirty Sheets’ — a squalling mass of prowling riffs and 60s garage strut — while other recent cuts ‘The Righteous One’ and ‘Blood Bubbles’ are, in turn, full of brilliantly snotty swagger and surprisingly epic tendencies.” (via NME)

4) Bob Mould, Beauty & Ruin. “[Bob Mould’s] still going strong… it doesn’t feel like a stretch to say Beauty & Ruin, the album Mould’s releasing next month on Merge, scrapes the same eight-miles-high stratosphere as his best work with Hüsker Dü, Sugar, and under his own name. The album tracks Mould through a tumultuous year in three-song thematic bursts — ‘from loss to reflection to acceptance to future,’ as Mould explains it. Plumb these songs’ depths, or just admire their shiny exterior.” — Stereogum (via Pitchfork)

5) Robert Francis & The Night Tides, Heaven. “What Robert Francis calls ‘a near-nervous breakdown’ took him off the road after the release of his 2012 album Strangers in the First Place, and he spent a period of time mired in substance abuse while hiding out in Michigan with a girl he’d met on the road. But Francis was able to make his way back from the edge, thanks in part to a set of songs that kept haunting his dreams. Though rougher and less polished than Francis’ prior albums, Heaven is a beautiful collection of folksy pop songs that sound hard-won.” (via SPIN)

6) Sage Francis, Copper Gone. “The album’s opener is a ‘Pressure Cooker’ — a heavy-as-hell slab of noise rap, with nods to the Bomb Squad, El-P, and maybe even some hard-rockin’, pro-wrestling theme music — that indicates that Sage has lost little of his antsy edge. If anything, slowing down has only created an even bigger laundry list of things to poetically dissect.” (via SPIN)

7) Jokers of the Scene, End Scene. “Across a dozen tracks to be released as a joint venture between Throne of Blood and New Kanada, the Jokers of the Scene give free rein to their imaginations and their synthesizers; the result is an album that draws from classic techno, piano house, ’80s electro-pop, and New Age without ever settling into a single style.” (via SPIN)

10) 50 Cent, Animal Ambition. “Keeping in line with the ‘try before you buy’ ideology, 50 Cent’s fifth studio album — and first since 2009 — is available for free stream because that’s how he wants it. It marks his first album as an independent artist courtesy of Caroline, a division of Capitol Music Group/Universal Music Group and features the likes of Trey Songz, Jadakiss, Yo Gotti and more.” — Hip-Hop Wired (via Minilogs)