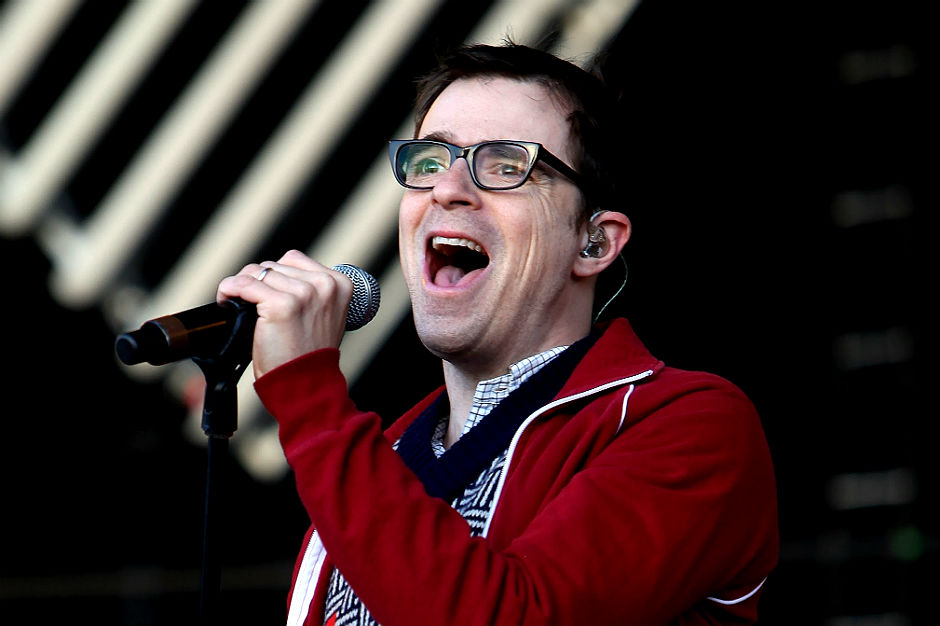 Weezer are hard at work on their ninth studio album, but the band has enough time to get out and play some gigs. And while the alt-pop vets were in Nashville for some shows, they decided to hit the studio — only this time it was Jack White’s Third Man Records, and the tune the group tracked wasn’t new. Instead, they crammed into White’s recording booth and performed an acoustic version of their song “Susanne,” which was originally released as a B-side to “Undone — The Sweater Song” in certain countries, and can be heard over the closing credits in Mallrats. In the videos below, you can see snippets of Weezer recording the new rendition in front of a crowd of fans, and then Rivers Cuomo smiling as he enjoys a vinyl copy of the session.

The band is currently working on new material with Cars frontman Ric Ocasek, who previously produced their Blue and Green albums. Third Man Records, meanwhile, will host Jack White on April 19, Record Store Day, as he records a live version of his new song “Lazaretto” and then has it pressed into vinyl singles for release that same day. He’s calling the stunt “The World’s Fastest Record,” and it will only be available to fans who show up at TMR’s Nashville headquarters that day.