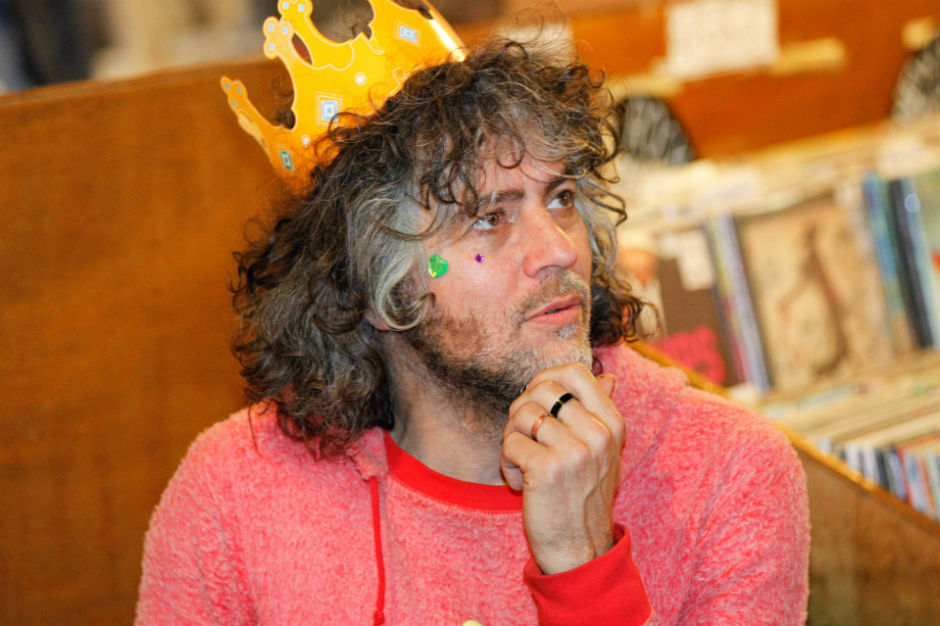 Not only will Wayne Coyne perform at Bonnaroo this year, the Flaming Lips frontman will help pick two unknown artists to play at the annual Tennessee festival. The contest is in conjuction with Billboard and Sonicbids, an online platform that helps bands get exposure, and both selected acts will get a $1,000 performance fee in addition to free publicity and two VIP tickets.

To enter, bands have to sign up at Sonicbids and pay a $10 submission fee, which will go to the Bonnaroo Works Fund charity. The deadline is 11:59 p.m. Eastern on April 25.

In other news, Coyne took to Instagram to explain how the Lips’ April Fools’ Day prank, in which they released a “companion album” to Pink Floyd’s Dark Side of the Moon, came about. As it turns out the band, like many of us, came to think that the 43-minute ambient jam they released became a real piece of music as opposed to the original intended joke. Here’s what he posted, along with a picture of Fred Armisen, who “auditioned” to replace Coyne in the band:

Yesssssss!!!! Fred and us!!!! Love you Fred!!! And all the freaks at Funny Or Die!!! And… Yesss… The Flaming Side of The Moon started off as a very clever and obvious and possibly stupid joke by the genius writers at Funny Or Die. We talked about possible ways it could go. We did one take of the companion peice of music. They let us do whatever we wanted but they also suggested ( which may have been funny as well ) that we could just be bored or over analytical and just talk over it..We all played without actually be able to really hear each other… we ended up doing an abstract formless thang that,yes,plays well along side Pink Floyd’s marvelous thang but , I believe , and this is just by accident, it also stands as a strange, emotional, free-form expressionistic peice of music on its own..

So, now we can enjoy Flaming Side of the Moon without feeling like we’re being tricked. Thanks, Wayne.