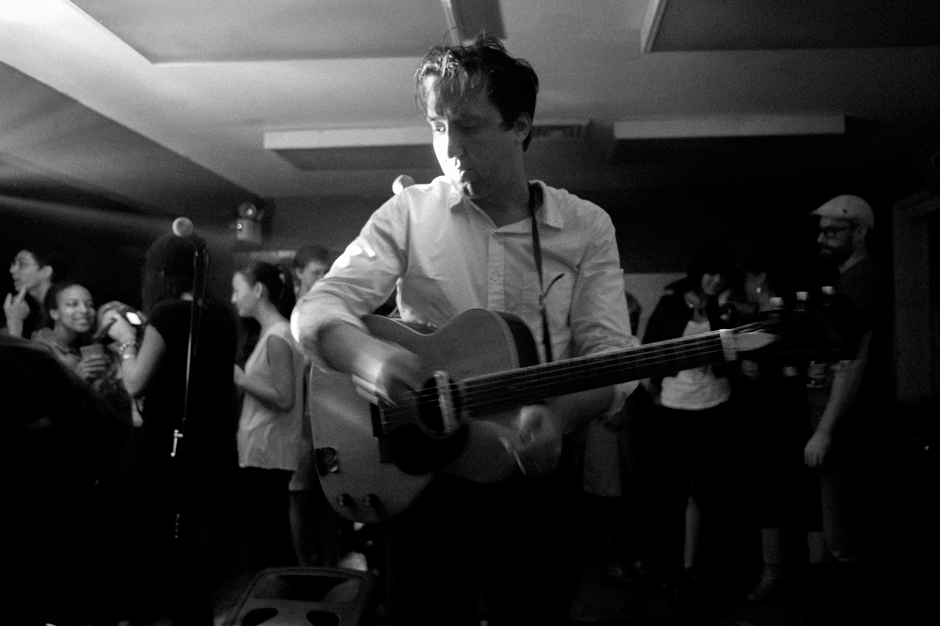 The Walkmen’s dissolution has spawned to a trio of separate solo records: Black Hours by Hamilton Leithauser, We’re All Young Together by Walter Martin, and Liberation! by Peter Matthew Bauer. That last one arrives June 24 on Mexican Summer, and will deliver 11 songs rich with the same kind of lived-in wisdom that made the Walkmen’s tenure so rewarding. Bauer has already shared one track from his one-man debut, lead single “Latin American Ficciones,” and now he’s, er, liberated a second cut from Liberation! called “Philadelphia Raga.”

If “Latin American Ficciones” recalls the rough-around-the-edges, daytripping-through-the-heartland vibes of fellow Philadelphians the War on Drugs (and it does), then “Philadelphia Raga” channels the six-string mastery of wordless troubadour William Tyler. But only in the song’s beginning: After the acoustic, pastoral instrumental fades into a tight shuffle, Bauer sings about smoking pot, dancing on a Sunday morning, and drinking with 19th-century gunslinger John Wesley Hardin. It’s sorta dreary, sorta hopeful, and it’s all Bauer’s. Stream “Philadelphia Raga” below, and scroll down further for the ex-Walkman’s tour dates.