Literal Sons of N.W.A May Tour as ‘N.W.A Resurrected’ 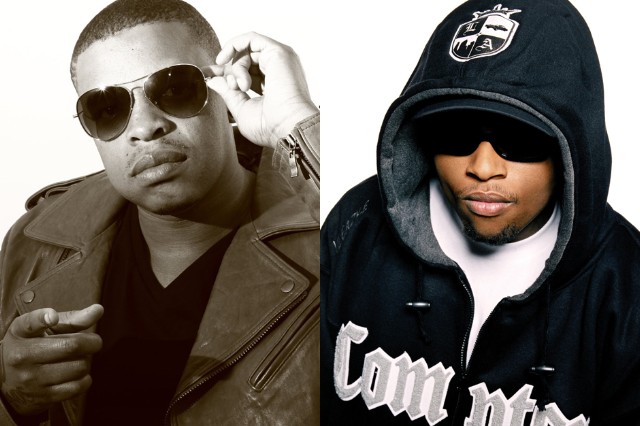 If you aren’t familiar with Serious Pimp Records, it’s the label and, er, sunglasses company run by Snoop Dogg and Bishop Don Magic Juan. If you aren’t familiar with the rap group Sons of N.W.A, well, that’s exactly what it sounds like, and it turns out they recorded a cover of N.W.A.’s “Straight Outta Compton.” But also, they may be teaming up with actual founding member DJ Yella to tour Europe as N.W.A Resurrected.

The Sons trio includes: Curtis Young, the rapper formerly known as Hood Surgeon, who met his father Dr. Dre (Andre Young) at the age of 20; Eric Wright, Jr., a.k.a. Lil’ Eazy-E, who was raised in the same home as his legendary father (guess who); and E3, sometimes known as Baby Eazy-E, the second son of Eazy-E, who died of AIDS in 1995 at the age of 31. Also, it seems old school Long Beach-based producer Battlecat is somehow involved.

Also, maybe they’re called D.N.A (or their non-existent album is), or possibly 2nd Generation (likewise). Regardless, Noisey reports that a rep for the expanded Resurrected lineup says via email, “They are looking to tour across Europe July and August. Club shows, festivals etc. It’s not cheap naturally, but you wouldn’t expect it be, right?” Nah, we’d never conjure up the word “cheap” while considering this project: