But will Brooklyn's borough president ante up a Jay Z platter? 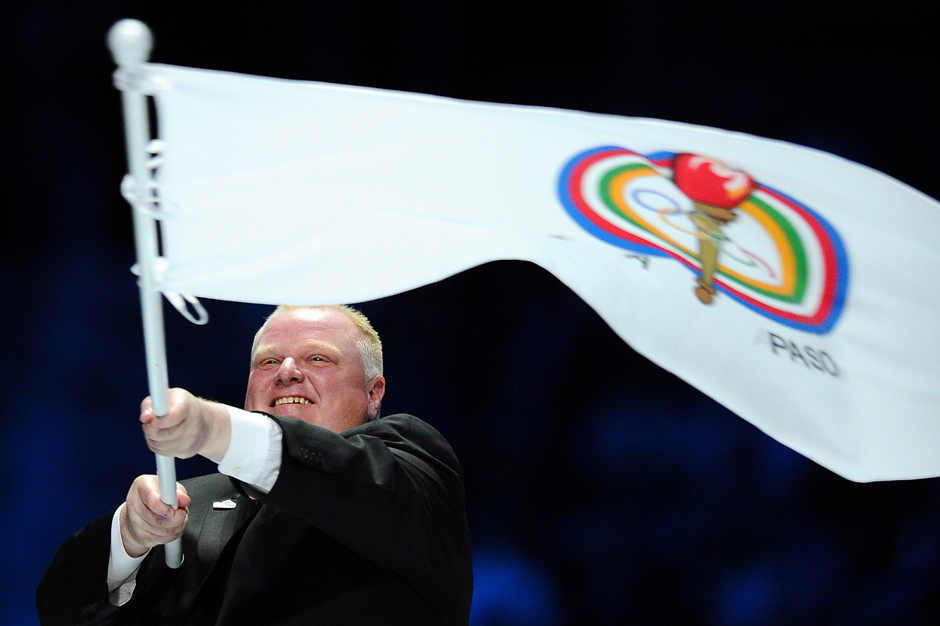 Drake’s been getting attention aplenty for his comments and appearances courtside during the NBA playoffs. One day he’s accusing Jay Z of skipping the action to eat fondue plates; the next he’s spotted obsessively lint-rolling his clothes in the arena, as a guy who digs fondue plates might. But this time, he’s merely a footnote in another Toronto icon’s basketball diaries — those of gleefully, um, cracked Toronto mayor Rob Ford.

Turns out Ford made a friendly bet with Brooklyn Borough President Eric Adams, that his own Raptors would beat the latter’s Nets. The ante? According to letters published by the Toronto Sun (below), the winner will be “receiving a CD of a favo(u)rite local artist.” While Adams has not yet said which Brooklyn artist he favors, Ford has said that in the event of a loss for Toronto, he’ll be sending Adams music by Drake … or Our Lady Peace’s Raine Maida.

It was Adams who initiated the goodwill wager: “As two civic leaders with great pride in our home teams,” he generously addressed Ford, “and in the spirit of promoting good relations between our cities and their basketball fans, I wanted to personally relay to you my proposal for a friendly wager over the outcome of the playoff series between your Toronto Raptors and our Brooklyn Nets.” Ford managed to accept without incident.

Copies of the letters, via the Sun: 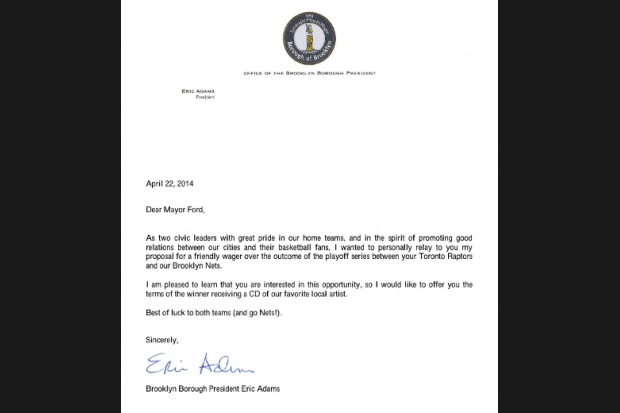 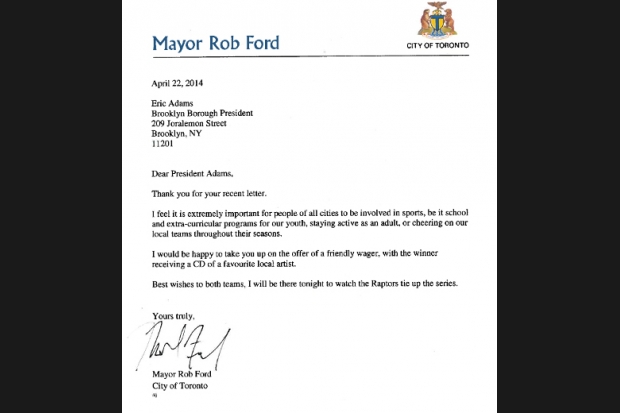