Electronic artist Paz claims to have subbed out 5,000 copies at L.A. area stores 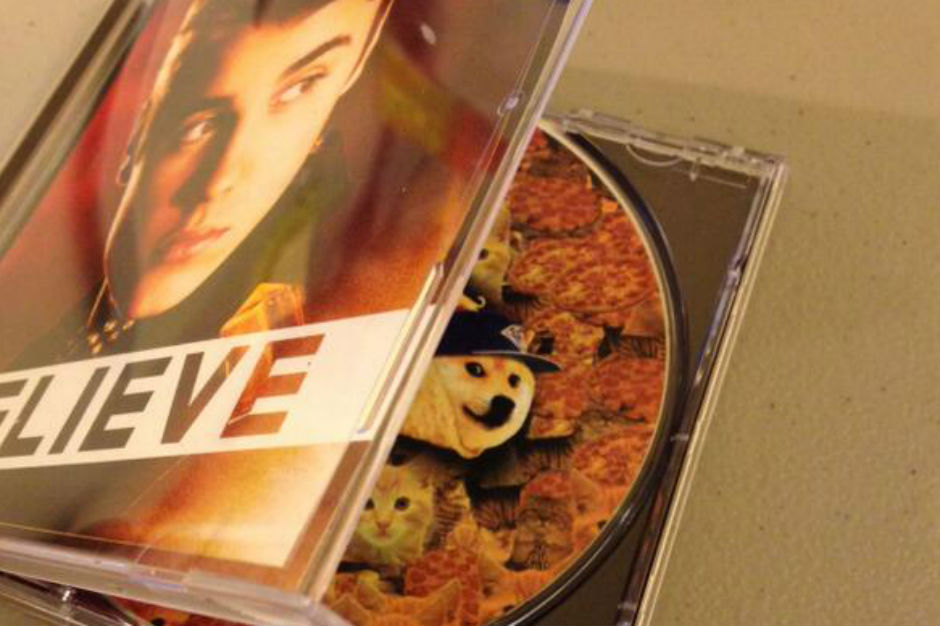 Combining an amusing April Fools’ stunt and brilliant self-promotion, electronic producer Paz claims he replaced 5,000 copies of Justin Bieber’s Believe with CDs of his own album, From the Bottom of My Heart to the Top of Your Lungs.

In order to test the man’s claim, the Associated Press went out to a Target and two Best Buy stores in Los Angeles and purchased copies of Believe. they indeed found the 25-year-old’s disc inside. The barcodes scanned the sale normally, so even Bieber is getting a little something out of the stunt.

“We were meticulous,” Paz told AP. “We paid a lot of attention to detail because we wanted these to stay up on shelves as long as possible.” The original Bieber cover photo is the same, while the inside and back feature Paz’s artwork, including cats and a doge wrapped in a taco. When shown the fake copy, a Best Buy manager said he was completely unaware, while reps for the stores and Bieber did not comment.

Last year, Paz also hung photos of himself in the Grammy Museum to protest the awards show’s failure to recognize truly indie artists. When asked why he chose Believe as the album to replace, he replied, “The world won’t really miss a Justin Bieber record.” 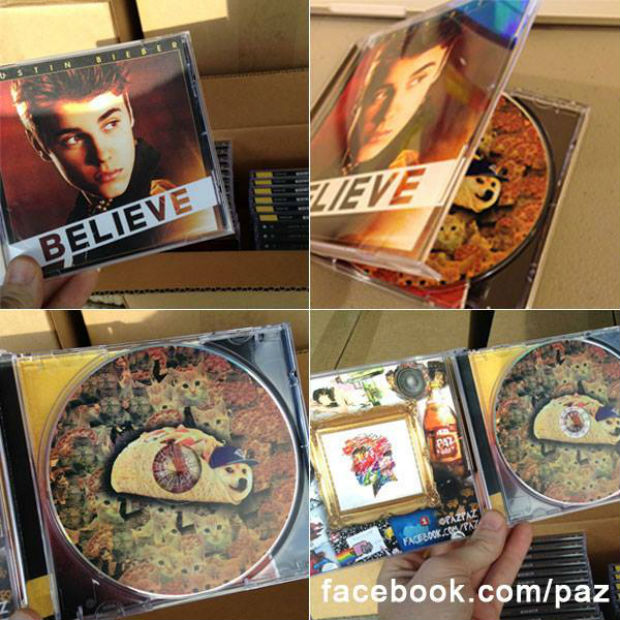