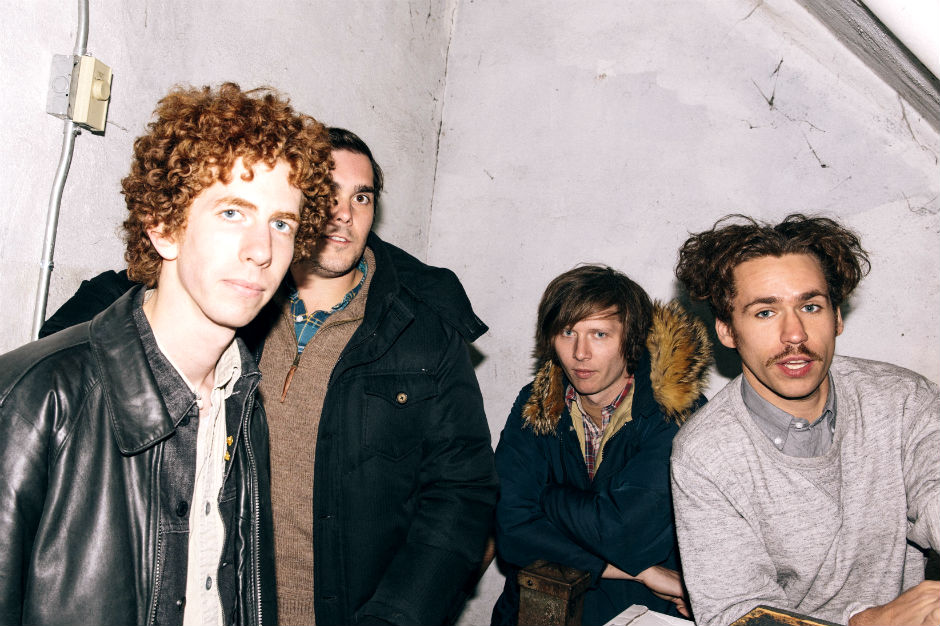 A few weeks ago, Parquet Courts released the sheet music for their “Sunbathing Animal,” the A-side of their upcoming Record Store Day single. Now,  it turns out that the Brooklyn punk quartet are releasing a 13-track album by that name, too, and you can hear the title song below — while following along on the sheet music, if you want. It’s a raucous four-minute beater comparing the vulnerability of people to that of a creature who just wants to soak in some rays, as evidenced by the outro refrain, “Frying and abiding, I’m in your control / Like a sunbathing animal.”

The follow-up to 2012’s Light Up Gold and last year’s Tally All the Things You Broke EP is due out June 3 via What’s Your Rupture?/Mom+Pop (the international release comes a day earlier via Rough Trade). Check out the song, track list, and Parquet Courts’ tour dates below.