The drum machine beat of “Mothership” starts off low and menacing, like you’re lost in the labyrinth of an underground club in the depths of Berlin, with shadowy figures hidden away in the corners of your peripheral. Enter the calm whispers of Ahmad Julian and Andre Oswald, the duo behind New York rap group Old Money. The two MCs, of Jamaican and Guyanese descent, go back and forth dissecting verses on a return from the mothership, this extraterrestial vessel of metaphor central to American Black Liberation movement. Fittingly, their voices, matched with the softly electronic dancehall sound and addicting drum line, leave your head way up in the clouds.

Mirroring the content, the music video for “Mothership,” directed by Nathan Chojnacki, gives off a film-noir aesthetic; we see Julian and Oswald, both dressed in clean-cut style, flash between black-and-white images of cityscapes after hours, reinforcing the theme of darkness throughout. The two robotically move to the music, and we find ourselves back in the club, stargazing until sunrise.

The track was on the group’s Fire in the Dark mixtape this past summer, but now it’s featured as the title track of the Mothership EP, released on March 25th on Dutty Artz. You can listen to the EP, which features a thrilling remix of “Mothership” by DJ Spoko of South Africa, and take a peek at the album’s cover art below: 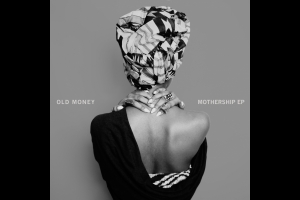