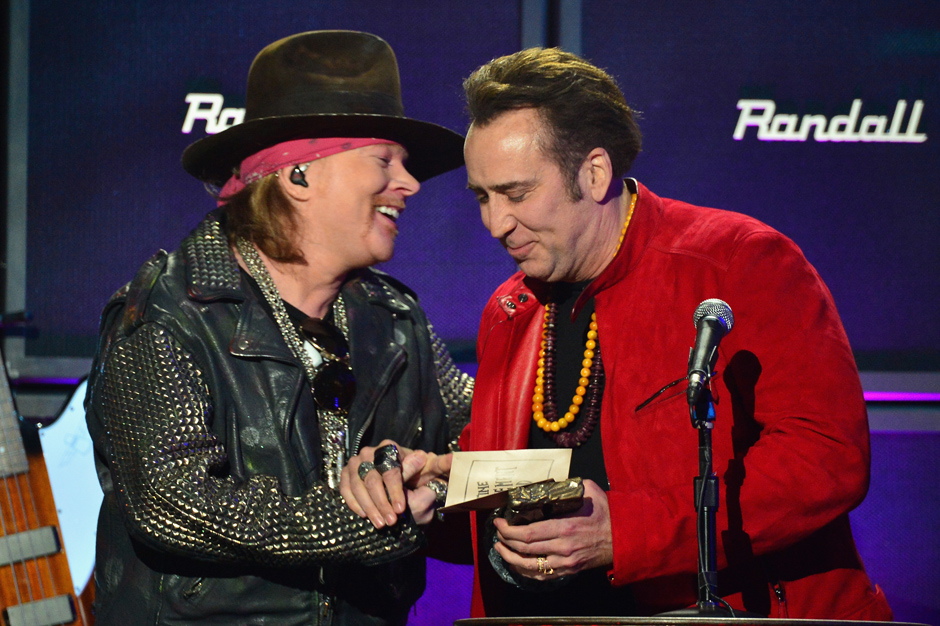 Fans of the man know that Nicolas Cage is prone to losing his shit, so what better mascot for Revolver’s annual Golden Gods heavy metal awards ceremony? The Con Air star made a surprise appearance at the April 23 event, Wednesday night at Los Angeles’ Club Nokia, in order to present Guns N’ Roses leader Axl Rose with a lifetime achievement award. He arrives around the 3:05 mark in the clip below, though you may as well start from the beginning, since comic great (and animated hamster from that Cure-biting Sprint commercial) Andrew Dice Clay comes out first in order to intro the GNR video montage that intros Cage, who then intros Rose via a deliciously overacted speech. We’d love to see this plotted out on a richter scale: “His VOICE. His POETry. His COMPOsition. His piaNO PLAYing. His MOVES, his gUTs, his origiNALITY.” The actor/director also says he prepared for Ghost Rider by studying Axl’s “cobra-like moves.” Always good for a WTF. Watch below.