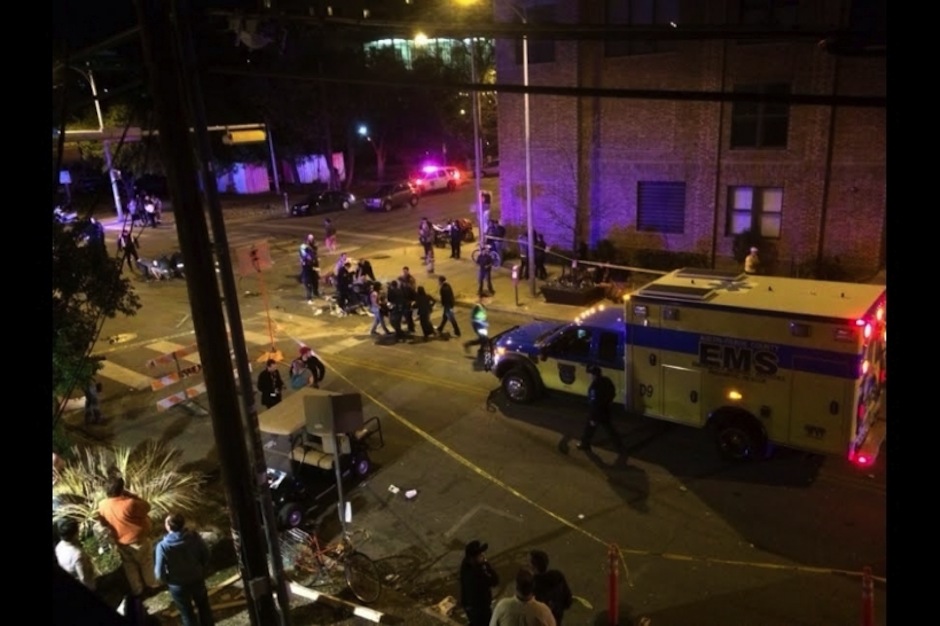 According to the Austin-American Statesman, Rashad Owens, the suspect in the tragic SXSW car crash last month that killed four and injured over 20 others, now faces four counts of aggravated assault with a deadly weapon in addition to his previous charges of capital murder and 20 counts of assault. These new charges reportedly result from injuries that range from minor lacerations to a neck fracture.

Each count of aggravated assault with a deadly weapon is a second-degree felony and carries a prison sentence of up to 20 years. Owens’ bail was initially set at $3 million for his capital murder charges, but each assault count tacked on $100,000, totaling a reported sum of $5.5 million.

Owens is accused of drunkenly driving a car down a crowded Austin street on March 13 during the annual festival, before striking dozens of bystanders and fleeing on foot.

Owens’ initial 20 aggravated assault charges corresponded to the injuries of 20 people hurt in the crash. Owens faces capital murder charges for the first two deaths: Jamie West, 27, and Steven Craenmehr, 35. The Statesman reports that it remains unclear if prosecutors will pursue additional murder charges for the deaths of DeAndre Tatum, 18, and Sandy Le, 26, who died from injuries related to the collision.