Expanded edition collects multiple LPs, a CD, DVD, and more, all due May 27 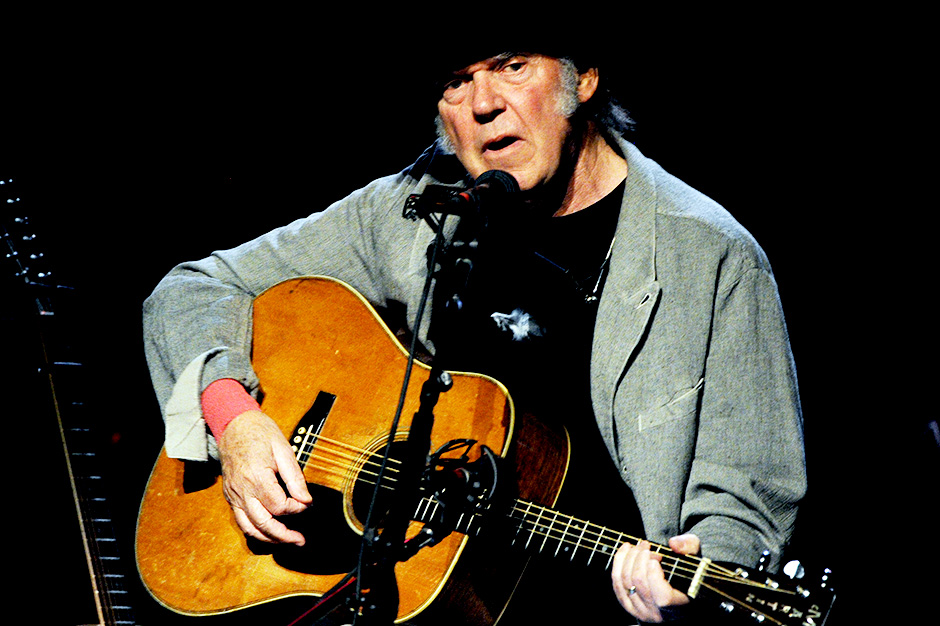 Neil Young’s A Letter Home will soon come in a box. The rock’n’roll icon (and Pono mastermind) has announced that he’s planning to put out a Deluxe Box Set version of his latest full-length, an all-covers collection recorded with Jack White. Due May 27, the limited-edition release is on the way via Reprise Records, and features two vinyl LPs, a CD, a DVD, a set of six-inch vinyl discs, and a 32-page color booklet.

Regarding the two vinyl LPs: One is a standard version of A Letter Home, pressed on 180-gram black vinyl; the other is an “Audiophile” edition that’s also pressed on 180-gram black vinyl, but contains a special “direct feed from the booth” version of the album. “The booth” in question is, of course, the 1940s-era Voice-O-Graph recording booth located at White’s Third Man Records headquarters in Nashville. Young recorded A Letter Home inside the Voice-O-Graph booth, a process he recently described to SPIN as “retro-tech.”

“[It’s] a phone booth,” Young said. “It’s all acoustic with a harmonica inside a closed space, with one mic to vinyl … It’s a funky old machine, it sounds like Jimmy Rogers or something.“

The upcoming, expanded release also comes with a download card for a digital version of the Audiophile mix; a standard CD edition of A Letter Home; a DVD capturing footage of the recording process and commentary from producers and engineers; and seven six-inch slices of clear vinyl, the seventh of which features Young doing a version of Bob Dylan’s “Blowin’ in the Wind” backed by an alternate arrangement of Willie Nelson’s “Crazy.”

Pre-order the Deluxe Box Set of A Letter Home through Warner Bros. and look below to see Young perform Bert Jansch’s “Needle of Death” inside the Voice-O-Graph.