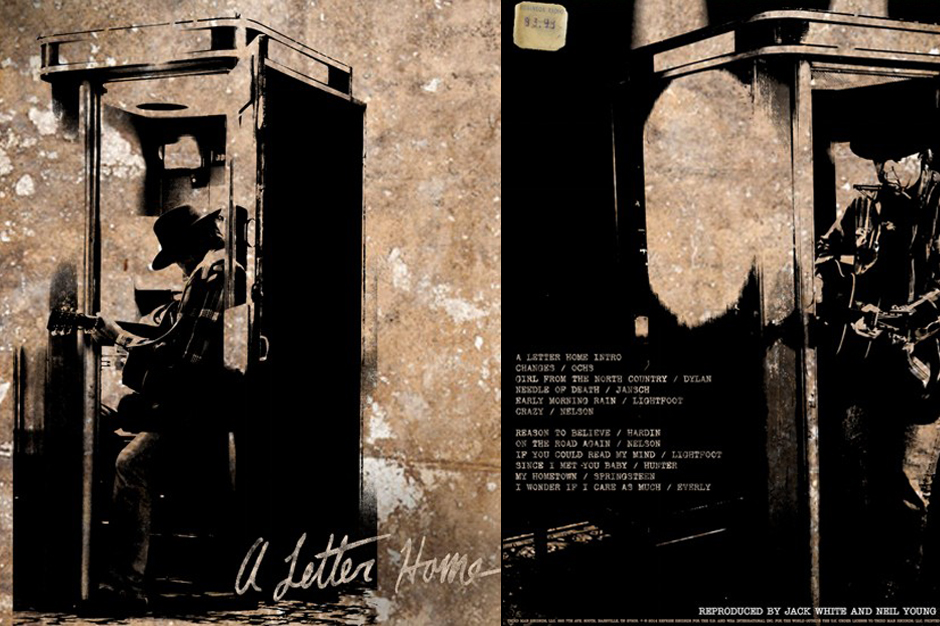 Neil Young’s covers album A Letter to Home is out now on Jack White’s Third Man Records. The surprise release comes with the long-awaited track list (and a $20 price tag for vinyl), which includes everything from Bruce Springsteen’s “My Hometown” to Willie Nelson’s “On the Road Again” to the Everly Brothers’ “I Wonder if I Care as Much.” As previously reported, the 10-song set was recorded at White’s Nashville HQ, in Third Man’s ’40s-era Voice-O-Graph booth.

As Young described the thing to SPIN last month, “[It’s] a phone booth. It’s all acoustic with a harmonica inside a closed space, with one mic to vinyl … It’s a funky old machine, it sounds like Jimmy Rogers or something.” While rumors initially circulated that he and White were doing an entire album of duets, it soon became clear that the latter is only explicitly appearing on two songs. It’s not yet clear which, but White is credited alongside Young as the album’s “reproducer.”

The Third Man site describes the release thusly: “An unheard collection of rediscovered songs from the past recorded on ancient electro mechanical technology captures and unleashes the essence of something that could have been gone forever…” They credit Homer Grosvenor, who probably doesn’t exist, but there is a Governor Mosher in Denver. Perhaps he kicked in enough PONO cash to get his name anagrammed into Youngian history.

Here’s another side of Young: