Music Could Be Headed for Internet Slow Lane Thanks to FCC 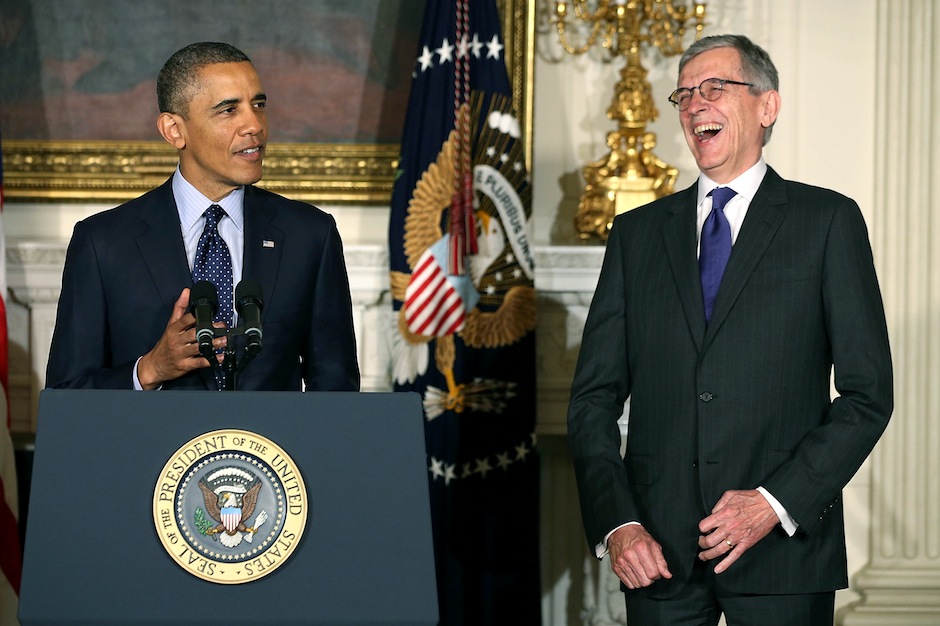 Hope you really trust your broadband company. And don’t mind the Internet getting more expensive. If a report by The Wall Street Journal is true, a new rule proposal would allow the likes of Comcast, Verizon, and Time Warner Cable to charge content providers extra for faster access to consumers. Potentially, that would mean streaming services such as Spotify, Beats Music, and Pandora could have to bill their customers more or else slow down.

And let’s not even think about your illicit file-sharing sites.

It’s all part of the debate over what’s known as network neutrality, the idea that all Internet content should be treated equally. Your phone company can’t charge you extra based on the subject of your conversation, can it? Under “net neutrality,” something similar would go for websites and digital streams. In January, though, a federal appeals court ruled that because regulators had decided to classify broadband companies differently than phone companies, different rules apply. In other words, the court struck down the Federal Communications Commission’s net neutrality regulations.

This is important. It was then up to the FCC to decide how to respond to the legal setback. According to the Journal, a new rule proposal due out today would try to do just that by letting Internet providers give better service to content providers that pay them more. FCC chairman Tom Wheeler, in a blog post today, called out “misinformation” and maintained the proposal won’t permit “behavior harmful to consumers or competition by limiting the openness of the Internet.”

But an FCC official, speaking on condition of anonymity, told The Washington Post that broadband companies would gain “the ability to enter into individual negotiations with content providers.” Tim Wu, a Columbia Law School professor, sums up in The New Yorker: “Goodbye, net neutrality. Hello, net discrimination.”

Advocacy groups have wasted no time sounding the alarm.

“The Internet in America will now be carved into a fast lane for well-heeled corporations and a dirt road for everyone else,” said Casey Rae, interim executive director for the nonprofit Future of Music Coalition, in a statement. “Artists, developers, culture workers, media-makers, nonprofit organizations, community, civic and church groups must tell the FCC that this isn’t good enough.”

Harold Feld from the open-Internet nonprofit Public Knowledge tweeted, “Pay-to-play is NOT net neutrality.” He urged consumers to call on the FCC to reclassify broadband companies as “Title II” under the Telecommunications Act. That would mean that Comcast, Verizon, Time Warner Cable, and their few smaller competitors would no longer be allowed to discriminate between different types of content.

The proposal will go up for a vote before the full FCC on May 15, so average people still have time to make their views heard. R.E.M., Pearl Jam, Death Cab for Cutie, Kathleen Hanna, and thousands of other musicians are on the record supporting net neutrality. So are the American Association of Independent Music, which represents many prominent indie labels, and, with an exception for “unlawful” file-sharing, even the giant Recording Industry Association of America.

President Obama, who appointed Wheeler as FCC chair, has supported net neutrality almost as long as he has admired late Chicago house music legend Frankie Knuckles. Republicans have opposed net neutrality as government meddling, but it’s especially of interest to the cable industry (possibly relevant fact: Wheeler used to be a paid lobbyist for the cable industry; see The New Yorker for a good explanation).

Here’s a petition you can sign about net neutrality.

Public-Internet advocate Feld’s tweeted video (below) in response to reports of the proposal is priceless.