Pair will debut new songs for Audi, with one in L.A. and one in New York 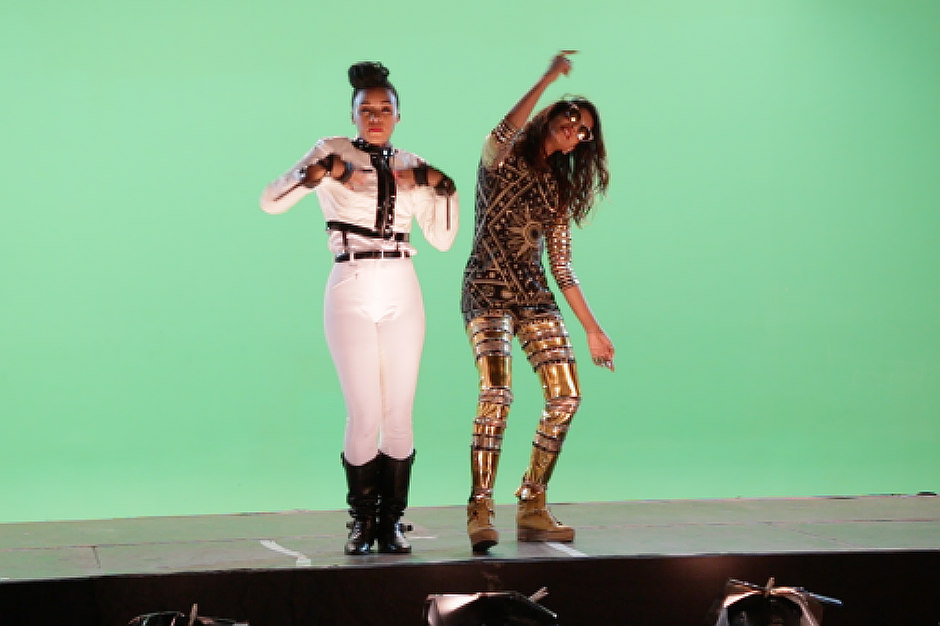 We’d welcome a show featuring both M.I.A. and Janelle Monae any time, but their upcoming collaboration is much more than a standard concert pairing. On Thursday, April 3, the two will perform onstage together, even though Monae will be in Los Angeles and M.I.A. will be in New York. How, you ask? With an updated kind of 3-D projection technology that brought us the so-called “holograms” of Tupac Shakur and Ol’ Dirty Bastard.

It’s all part of Audi’s launch event for its new A3, and both performers will play separate sets before uniting for two previously unheard songs towards the end of the night. According to a press statement, “The set utilizes 3D projection mapping to add layered depth of field perception with animated graphic content, the result of which will be an electric never-before-seen 3D bi-coastal performance.”

With both artists doing this live, we’re kind of rooting for one to accidentally to walk through the other’s “body,” just to see if some Ghostbusters stuff happens. Leslie Feist performed a similar trick for Samsung last year, performing “How Come You Never Go There” in three cities at the same time. Earlier today, Monae unveiled her cover of David Bowie’s “Heroes,” which was recorded for a Pepsi soccer ad campaign.

Watch out, Vampire Weekend and the Black Keys.