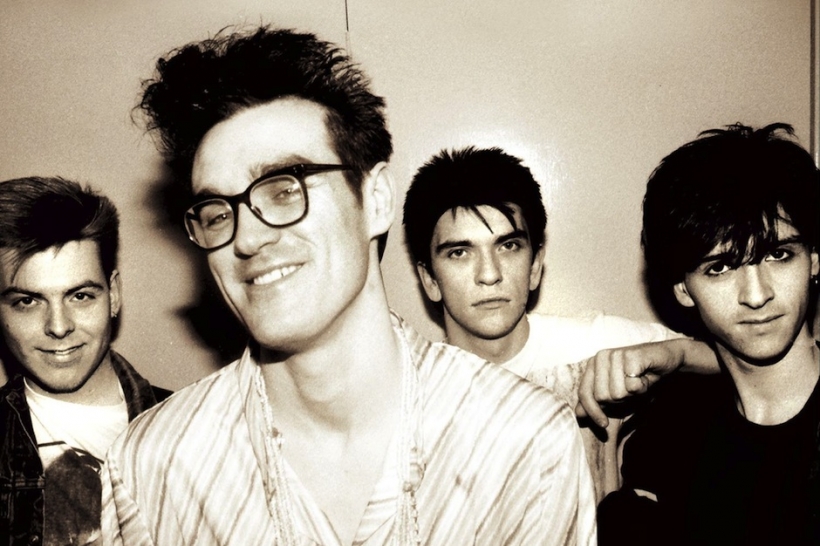 If anyone has a New Year’s Eve 1983 bootleg from famed New York club Danceteria, now’s the time to come forward. In a late-2008 video making the rounds again recently via Dangerous Minds, former Smiths guitarist Johnny Marr says Madonna opened for his band there in the iconic British group’s American live debut. It’s not entirely out of the question, but so far proof is lacking — to say the least.

As Marr can be heard saying in the video below, the band was jetlagged and dogged with troubles on this New Year’s Eve gig.

“Supporting us was the girl who worked on the coat-checking thing,” he says. “We really didn’t pay too much attention to her, but it was Madonna. She played for about 20 minutes before we went on.” He added that he “didn’t think very much of it at the time” — he “quite liked the music,” but he “didn’t really like the act or whatever.”

Now, Madonna was famously a regular at Danceteria, where other future stars, such as Sade, LL Cool J, and members of the Beastie Boys, had jobs. And she did once work as a “coat check girl” — at New York’s Russian Tea Room. What’s more, the Smiths shared a U.S. label with Madonna, Seymour Stein’s Sire Records. So the idea of the two acts sharing a Danceteria bill isn’t beyond the realm of possibility.

At the same time, Marr has since told NME he was “almost certain” Madonna opened that night, casting his earlier memory into doubt. A Smiths forum has unearthed a flyer for the gig (at the bottom of this article) that mentions supporting acts Lovebug Starski and Whodini but not Madonna. And while Madonna had yet to break out fully as a superstar by New Year’s Eve 1983, her debut album Madonna had been out since July, and her first pop hit “Holiday” entered the Hot 100 in late October. Would she really still have been working a second job checking coats?

Smiths leader Morrissey, for whatever it’s worth, makes no mention of Madonna when he describes the show in his recent Autobigraphy. (That said, he hasn’t exactly had kind words for her in recent years.) After describing his first night sleeping in New York, he writes:

“I walk onstage the following night at the Danceteria, and as I do so, my blindness and bewilderment lead me directly off the lip of the stage, and I crash at the feet of the assembled human spillage. Unaided, I scramble back up and onto the stage, and I limp directly off — past three blank musicians who are unable to cope with such embarrassment. My right leg is bruised from top to bottom.”

Last year, journalist Dave Haslam tweeted a photo of a postcard (scroll down to the bottom of this page) from Morrissey sent after the Danceteria gig. “Hello Dave,” Moz wrote, “At the Danceteria I fell off the stage and I’m critically maimed. Does this interest you?” With love, and hate, and passions just like these, who needs Madonna opening for the Smiths? 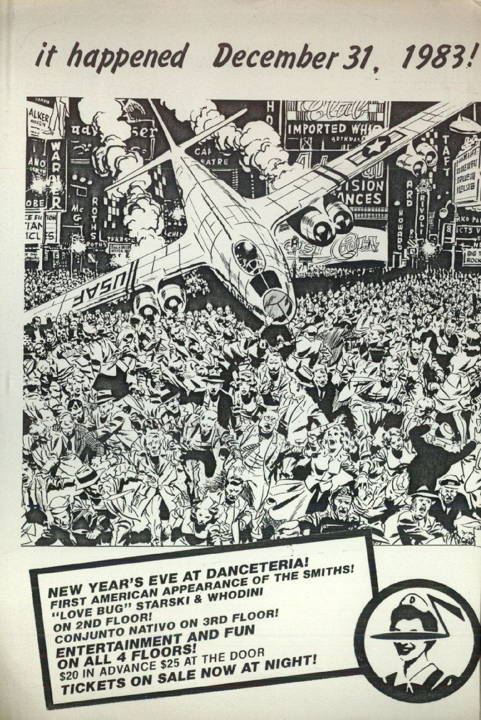 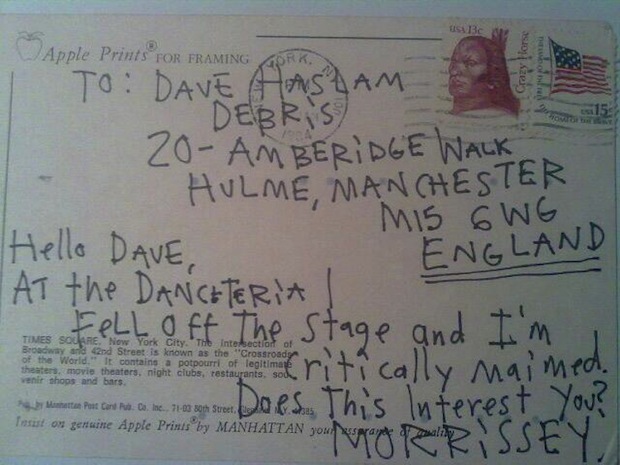