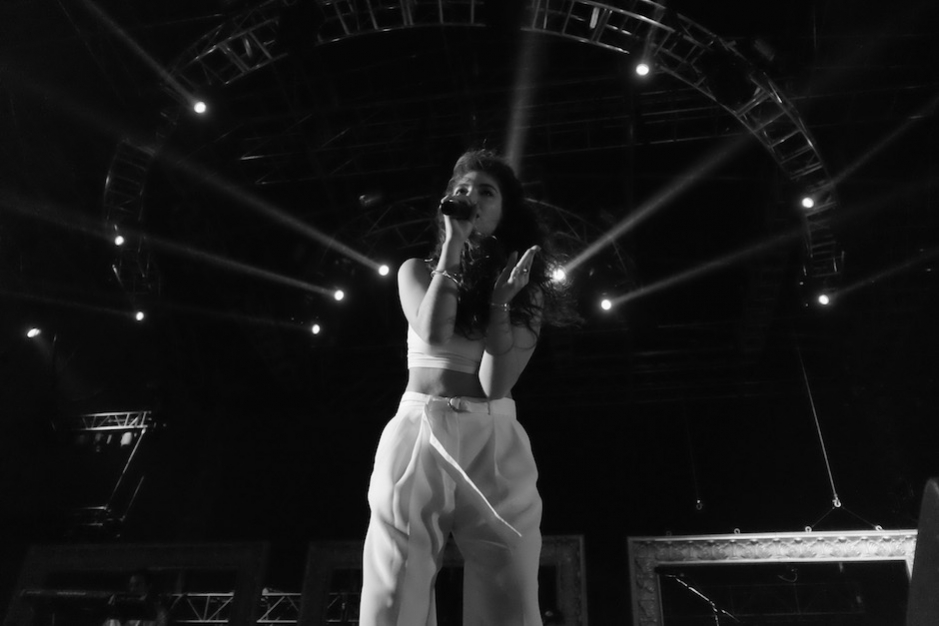 Every week has been a dream for 17-year-old Lorde since she rose to international stardom, but these past seven days especially. Last Thursday, she covered Nirvana, with Nirvana, at their Rock and Roll Hall of Fame induction. Then she dominated the Coachella stage on Saturday. And on Tuesday night in Las Vegas, she finally met the inspiration behind her massive hit, “Royals,” from 2013’s five times platinum Pure Heroine.

The man behind the myth? Kansas City Royals Hall of Famer George Brett. As the legend goes, a young Lorde came across a famous National Geographic photo of Brett in the ’70s, autographing baseballs for a host of fans. Naturally, he was wearing a Royals jersey.

A spokesperson for Nat Geo later confirmed the photo in question, telling a Kansas City newspaper it’s the “only photo in our archives of a Royals baseball player signing autographs.” Lorde’s mom backed up the story, though photographer Ted Spiegel hadn’t heard “Royals” when questioned for the article — he had no idea his photo helped inspire one of the most popular pop songs of the decade.

This past March, Lorde played Kansas City and asked Brett to come, but he couldn’t make it. In his stead, he gave Lorde an authentic Royals jersey with his last name emblazoned on the back and a note that said, “Lorde, you are a Royal to me.”

.@lordemusic said the #Royals jersey she received from @GeorgeHBrett was one of the coolest things she owns! pic.twitter.com/QnjxfNnWPF

And then, on Tuesday night, before Lorde’s Vegas gig, “Royals” met its maker.