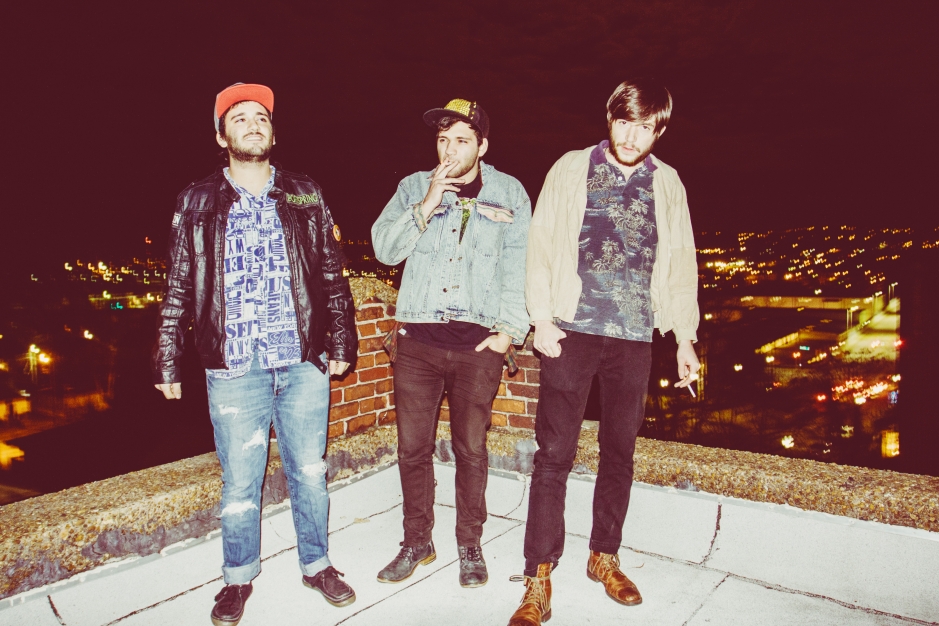 The members of Atlanta trio Concord America met while working at the same pizza joint, but it wasn’t until brothers John and Vinny Restivo saw Ben Presley stage-dive at a Cage the Elephant show that they wanted to start a band. Now, as Concord America, the band kicks the shit out of their amps with Presley’s rampaging riffs and throat-curdling yells, and the Restivos’ tag-teamed drums and bass. “Suns Out Guns Out” is the first listen off Concord America’s latest EP by the same name, which is due out this year as a follow-up to last year’s excellently named Shag Nasty.  It’s a little more polished this time around, but don’t let that fool you: If anything, the boys blister their hands even faster over nearly two minutes of guitar snarls, rallying the mosh pit with the hook, “Don’t worry about the future ’cause we’re all gonna die / Let’s drink the night away.” Cheers to that.