Dave Grohl and the gang tote guns in the California desert 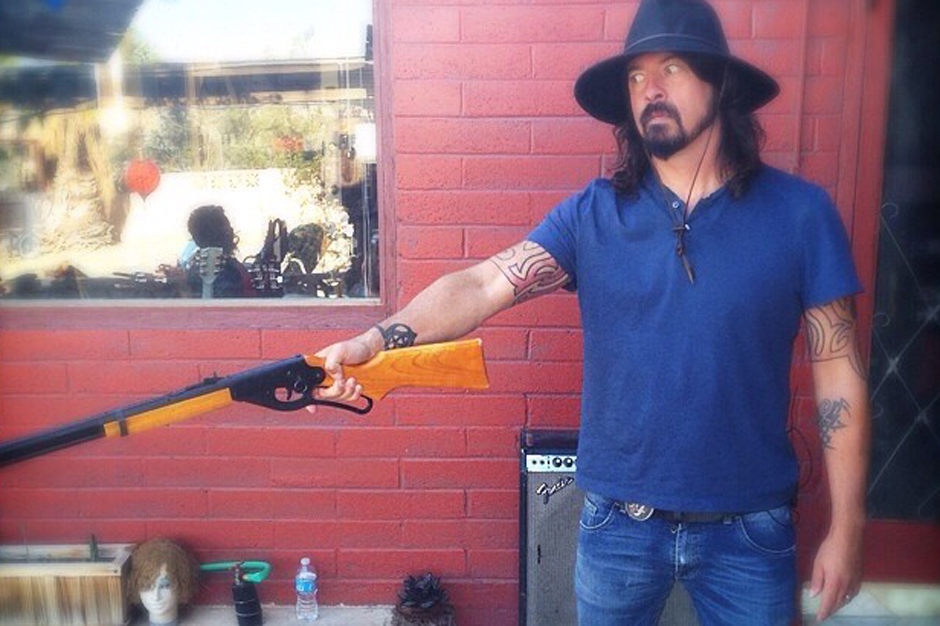 Indulge us just this once. When it comes to making their eighth album, the Foo Fighters are bringing out the small guns. Har har. (Thanks.) Seen above, Dave Grohl menacingly clutches a BB rifle at the Rancho De La Luna studios in Joshua Tree, California. A second photo shared by studio co-owner (and occasional Queens of the Stone Age player) Dave Catching thanks the band for an “incredible 9 days of music recording magik.”

Last we heard about the Foos’ new one, producer Butch Vig said they were about halfway done after “recording at some different locations [and] throw[ing] a few things into the mix, in the recording process, that are going to give the record a different sound and a different feel.” Target practice appears to be one of those things. In another shot below, Grohl, Pat Smear, and Masters of Reality’s Chris Goss take aim.

It appears Vig was on hand for this particular session, plus Eagles guitarist Joe Walsh, Wallflowers keyboardist Rami Jafree, engineer James Brown (Kings of Leon, Jimmy Eat World), and Fireball Ministry leader Jim Rota, one of the producers of Sound City. See more photos below from Rancho, which has historically been the home of many QOTSA recordings, and the infamous Desert Sessions.