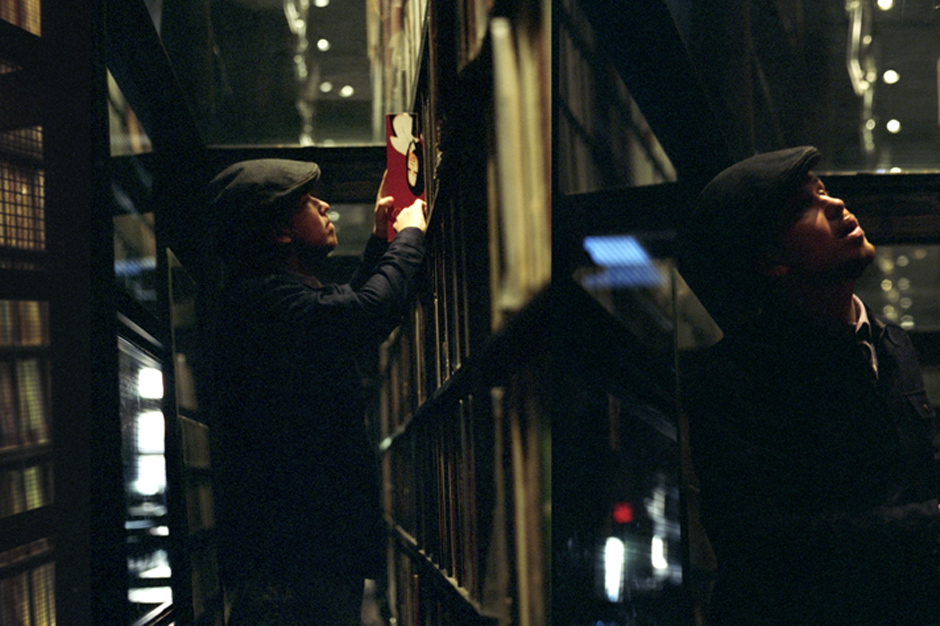 DJ Center works in the fine tradition of melding Afrobeat rhythmic wilding with house music’s metronomic beat. The New York DJ/producer is adept at his craft — it’s fitting that he called his beloved 2010 debut Everything in Time, and the title of his long-awaited follow-up should clue you in as to its feel as well. Dem Say Ah is out today on Center’s own Push the Fader, and the entire EP can be streamed below.

The titular track features the long-running Akoya Afrobeat Ensemble, plus keys from Ticklah (Antibalas, Dap-Kings, Mark Ronson), and it hits like a cool breeze on a sweltering day. Following that, the “2AM inna London Dub” reworks the overall mood and enlists former Fela Kuti guitarist Kaleta on vocals for late-night listening. And “Dem Bonus Beats” finds DJ Spinna, who mixed the project, paring the source material down into digestible breaks. Pick up Dem Say Ah via iTunes or on limited-edition 10-inch gold-colored vinyl.