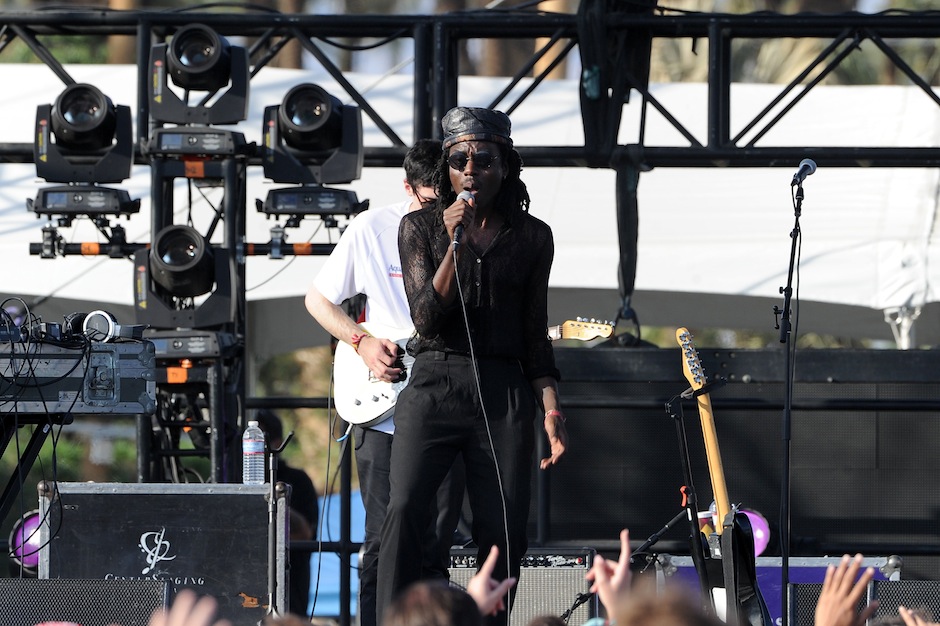 Devonté Hynes has left his Blood Orange moniker behind as he scores the upcoming movie Palo Alto, directed by Gia Coppola and starring James Franco. On the aching title track, though, he hasn’t veered from the outside-looking-in art-pop/R&B that characterized Cupid Deluxe, his masterful 2013 album under that name.

Though Hynes has dabbled well in various styles, from the nervy dance-punk of Test Icicles to the Brit-Americana of his Lightspeed Champion Project (to electro-pop, if you count his Basement Jaxx guest spot), the watery keys and patient bass of “Palo Alto” glide further down the successful lane he has found not just as Blood Orange, but also with his work on Sky Ferreira’s “Everything Is Embarrassing” and Solange’s “Losing You.” He’s wounded again here, and he takes his time pulling off the bandage: “Don’t you think that we were beautiful?” he asks at the start, in a high register; Friends’ Samantha Urbani lends subdued backing vocals. When it comes to the song, the question is happily rhetorical.

The film hits theaters on May 9, and the soundtrack — available now on iTunes — arrives physically on June 3 (pre-order here).