Dance Tracks of the Week: The Central Executives Take ‘A Walk in the Dark’ 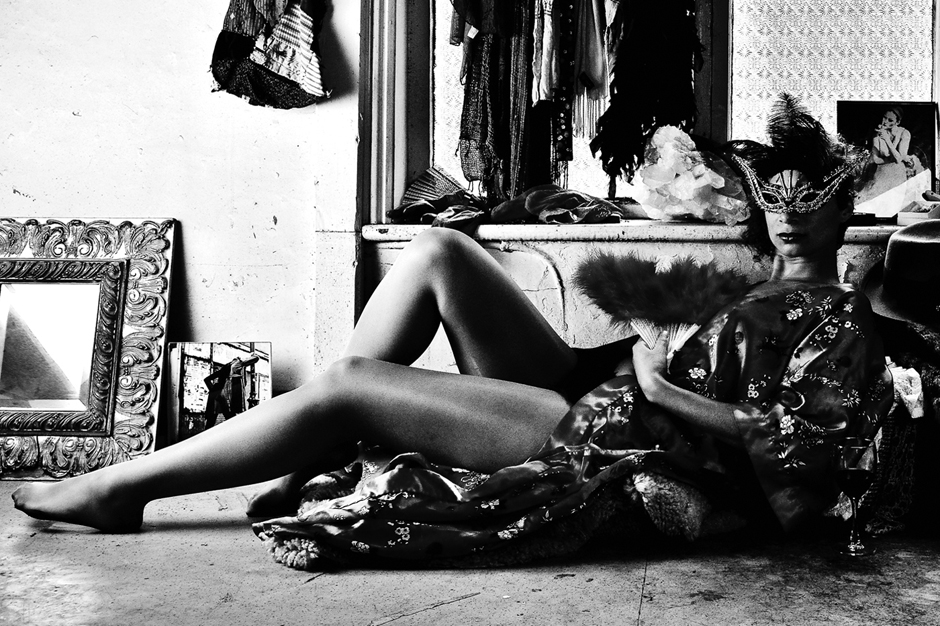 The Central Executives, A Walk in the Dark (Golf Channel)
Whoever the Golf Channel label’s Central Executives are, they have an exceptionally clear vision of the era of dance music they want to evoke — even if the period itself swims in a haze of spiked punch and poppers, its members-only clubs long ago converted to luxury condos and Duane Reades. The Execs’ key touchstones are songs like Lola’s “Wax the Van” and Loose Joints’ “Pop Your Funk” — artifacts from the era in between disco and house, in which drum machines tangled with rolling congas and live keys, and four-to-the-floor grooves were only as steady as the hand holding the razor. A Walk in the Dark replicates the loosey-goosey feel of tape edits and percussion jams with rhythms that refuse to snap to any grid, and the singer’s breathy, bluesy delivery only adds to the sense of slippage. Beneath it all, splotchy chords glisten like an oil slick, and the tonal center wanders all over the place in a way that feels almost non-hierarchical. As with any dance floor worth its salt, there’s no one way to navigate it.

Farben, Presents James Din A4 (Faitiche)
“Farben” means “colors” in German, but Jan Jelinek’s work under the alias has typically been a muted affair, brandishing a palette of washed-out pastels and tarnished copper beneath layers of age-browned onionskin. The same goes for his new one, the first new Farben material in three years (and the first Farben album since 2002’s Textstar). As per Jelinek’s wont, it’s an unusual proposition: The sounds come from the German producer James Din A4 (Dennis Busch), who throughout the 2000s released a slew of wobbly electronica and off-kilter beat patchworks, mostly on his own Esel label. Sampling his way through Busch’s catalog, Jelinek comes up with a result that sounds much more like Farben than it does his source material. Tiny snippets of vibraphone, voice, and buzzing oscillator arrange themselves around the downbeat like metal shavings drawn to a magnet. It moves in fits and starts, rolling like small rocks along the tide line.

FAY, Deathwatch (Time No Place)
Deathwatch is an odd record. Lumpy and a little bit disheveled, the second solo album from Pit Er Pat’s FAY Davis-Jeffers goes about its business almost as though it were indifferent to the listener’s presence. That’s not to say that it’s not engaging, because it is, and it’s not to say that it’s sloppy (although it is that too). But its loops of drums and synthesizers and voice play out in a haphazard way that lends the impression that you’re hearing them through the walls of a rehearsal space. They don’t feel like unfinished demos, though — more like self-contained units, like wallpaper music for a room full of cast-off furniture with no one sitting in it. Her treated vocals variously recall Matias Aguayo and Juana Molina, and her low-budget keyboards might have been borrowed from Heatsick’s Casiotone stash, while the cartoonish strokes have something in common with Eric Copeland’s Joke in the Hole. But those and other perhaps unconscious references — a tinny echo of the Diwali riddim in “C.A.Y.A.,” a smidgen of Ethio-jazz organ in “Coda” — aren’t really clues to anything; they’re just more moving pieces in FAY’s rusty tavern puzzle.

Downliners Sekt, Silent Ascent (Infiné)
The debut album from Barcelona’s Downliners Sekt is understated almost to a fault. It requires (or at least deserves) good speakers, and its fullest enjoyment would benefit from the absence of downstairs neighbors, because it wants to be heard loud. And when it kicks, it kicks; Downliners Sekt’s bass is floor-shaking, gut-rumbling stuff, and even when the music is quiet — which is often — it’s still powerful, like whispers spun into a whirlwind. Stylistically, they flit between the quick-stepping syncopations of the Genre Formerly Known as Dubstep and the vacuum-sealed pulse of classic dub techno, and while the tropes might look shopworn on paper — a bit of shirred white noise here, a ragged scrap of vocals there — they sound anything but hackneyed on the record. There are few obvious hooks, but they sink deep inside you.

Pedro Vian, News from Near Future (Modern Obscure Music)
After four years of making music in the duo Aster, Barcelona’s Pedro Rufi has struck out on his own with a new alias and a new label. His first EP as Pedro Vian (a reference to the experimental novelist Boris Vian) doesn’t entirely break with the sound that Aster established on labels like John Talabot’s Hivern Disc and Hieroglyphic Being’s Mathematics. In some ways, it stakes out a position somewhere halfway between those two imprints’ aesthetics. “Dancing Hindus” is a slow, sad, new-wavy number battered by 909 snares, and “News from Near Future” sounds even more elegiac — it also sounds a little bit like New Order’s “Elegy,” in fact, but beefed up with a marvelous slow-motion rhythm, one that’s been programmed to mimic a breakbeat and run through oodles of reverb.

Where the two originals lean towards Hivern’s cozy classicism, though, the remixes push in the opposite direction. Hieroglyphic Being turns “Dancing Hindus” into a gnarly, grinding acid track, all pinging 808 and mangled 303, and completely free of any obvious traces of the original. Madteo’s remix of “News from Near Future” is more faithful to its source, but it’s even further out there. The tempo is all over the place, and not in the way of the sorts of rave-ready tools that shift from, say, dubstep into progressive house, or trap into moombahton. Starting with sluggish hip-hop beats and unsteadily building up to house tempo, it sounds like he’s idly teasing the tempo knob throughout the song — well, except for the nearly four-minute stretch in the middle, when the beat drops out entirely and everything turns inky and amorphous. The shift is akin to blinking and finding yourself suddenly plunged 100 meters underwater, an unimaginable pressure squeezing in from all sides.