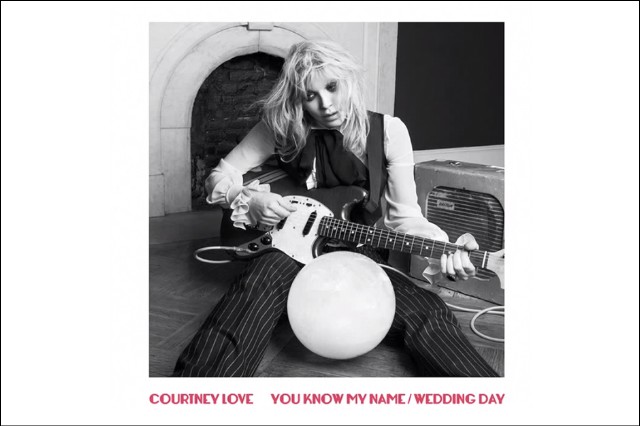 Courtney Love has surprise-released a new single dubbed “You Know My Name.” We assume that if you weren’t already familiar with the on-again, off-again Hole boss’ personal handle, you got the gist when she dipped into Fall Out Boy’s “Rat a Tat” to declare, “It’s Courtney, bitch.” We hope so, at least, since the grunge goddess doesn’t exactly spell it out in her ferocious new song. Heard below, Love instead howls, “Hey! I am the one / The one to blame / I’ll bring the shame / Reputation precedes us all / I was never here!” Musically, it’s the perfect mix of punk angst, metal shred, and melodic might — a bona fide ripper.

We’re not sure who Love tapped to play with her on this one, but she’s at least been doing something with her old bandmates Eric Erlandson, Melissa Auf Der Maur, and Patty Schemel. “You Know My Name” officially arrives May 4 as a double A-side single accompanied by an unheard cut supposedly slated for Died Blonde called “Wedding Day.” Though she’s had two of those, the most significant of course was to Kurt Cobain. She and the late Nirvana leader were wed on Waikiki Beach in Honolulu on February 24, 1992. Hear the new song below, and revisit a few SPIN pieces from the archives: