U.S. marshals to transport singer in custody from Los Angeles 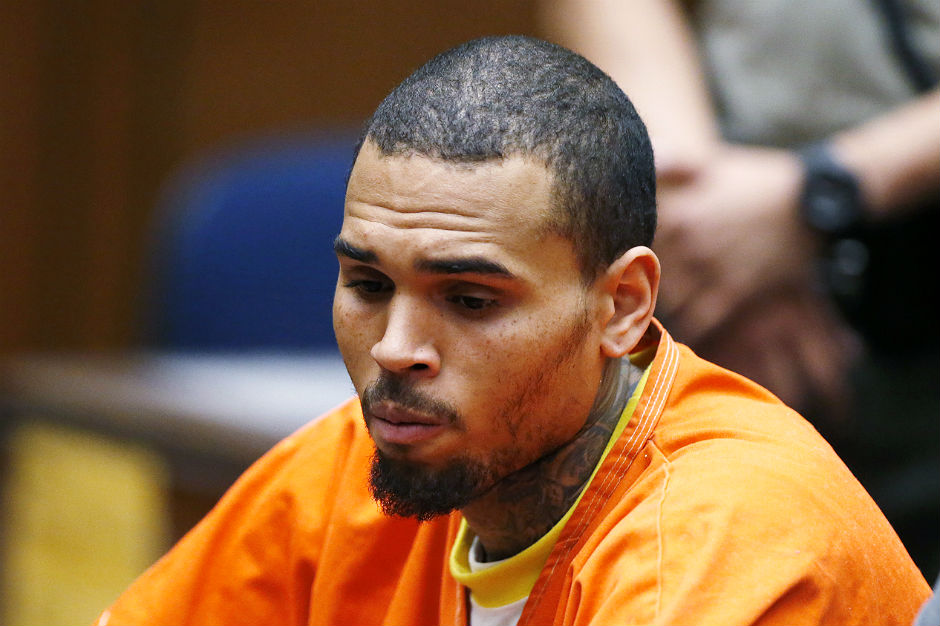 Chris Brown was taken into custody by U.S. marshals earlier this week and will be transported to Washington, D.C., to stand trial for assault. An official confirmed to the AP yesterday (April 3) that he was taken to San Bernadino County jail, but didn’t say when he would be moved east. According to CNN, the trip will involve multiple government planes that take inmates from one prison to another and might last up to two weeks.

The 24-year-old R&B star has been in jail without bail since March 17, when he was kicked out of a court-ordered Malibu rehab stint for violating the facility’s rules. He was sent there for violating the probation he received after assaulting Rihanna in 2009. The D.C. case was the initial cause of his violation.

Brown and his bodyguard, 35-year-old Chris Hollosy, are accused of misdemeanor assault after an October 2013 altercation with a 20-year-old fan outside the W Hotel in D.C. The victim claims he tried to get into a photo with Brown, when the singer attacked him, saying, “I’m not down with that gay shit” and “I feel like boxing,” according to a police report.

Brown’s attorneys argued that he should be able to stay in Los Angeles and then fly in a private jet to Washington for the trial, but Judge James R. Brandlin denied their request, saying, “It is the most expeditious and convenient method for all parties.” Hearings in the D.C. case are expected to start Monday, April 7, with the trial tentatively set for April 17.

In January, Brown rejected a plea deal in the case. He faces up to 180 days in jail if convicted. He could also face more penalties in Los Angeles, due the terms of his probation. On top of that, Brown and Hollosy were sued for $3 million by the victim in a separate civil suit.