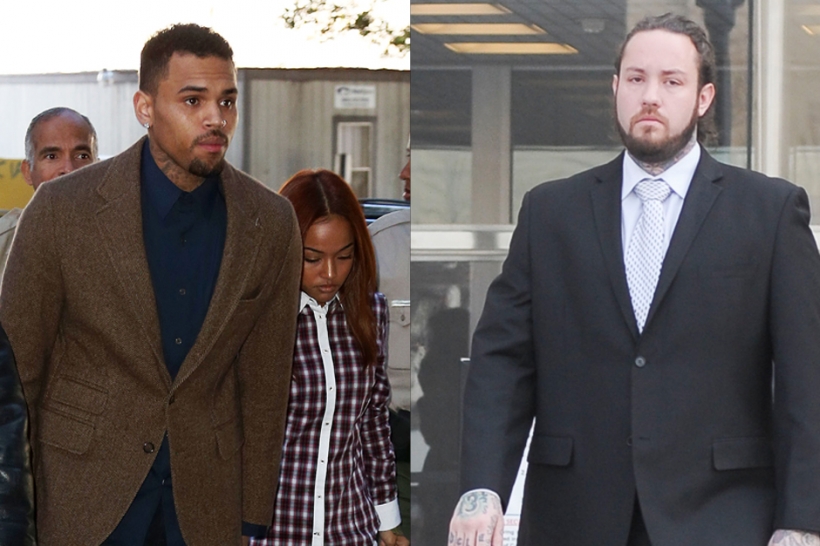 UPDATE: Chris Brown’s trial has been moved to Wednesday. The singer’s lawyers requested for a delay to restrategize after bodyguard Christopher Hollosy was convicted for assault, as outlined below.

After a two-day trial in Washington, D.C., Chris Brown’s bodyguard, Christopher Hollosy, has been found guilty of assaulting a fan. Parker Adams, 20, sued both Brown and Hollosy in October for $3 million — $1.5 million each — after he told authorities Brown punched him in the face for trying to take a photo with the singer. He said Hollosy then hit him too. Adams ranked the punches’ power for the court: the pop star packed a six out of 10, while the guard’s was a solid 10.

Adam’s girlfriend, Jalen Garrison, testified that she and her friend were taking a photo with Brown when Adams decided to snap his own. This apparently inspired Brown to yell, “I don’t like that gay shit,” before the alleged assault. A limo driver also provided eyewitness testimony in favor of Adams’ account. But, according to Hollosy’s lawyer, Adams was hit by the bodyguard because he forcefully tried to enter Brown’s tour bus, and was ultimately “trying to get rich” from a nosebleed.

D.C. Superior Judge Patricia Wynn said there was no evidence to suggest this and as Brown and Hollosy refused a plea bargain in January, the latter’s sentencing will take place on June 25.

The conviction of his bodyguard is bad news for Brown, as his own trial begins Monday, April 21. The singer’s fate in this trial could decide whether or not the legally embattled artist faces the next few months in prison. His probation was revoked in December as a result of this case, and he is currently signed into an anger management and drug rehab program in California. He flew from the West Coast to Washington on “Con Air,” the federal inmate transport.

Brown’s recently been kicked out of two rehab centers, the first in October for reportedly throwing a rock through his mom’s windshield, and the second in March for a rules violation.