Double LP was previously limited to 2,000 copies, no meth included 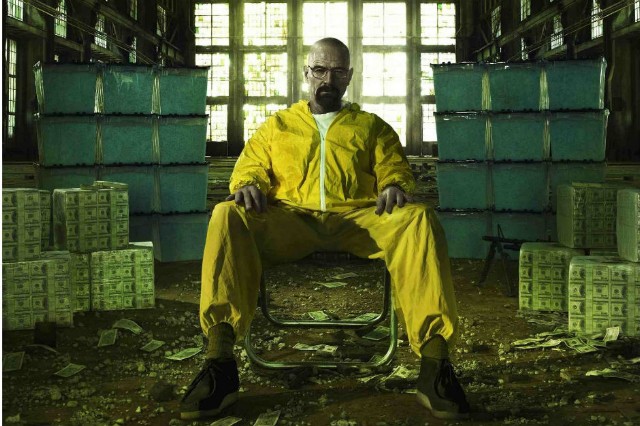 Last November, the Breaking Bad original score came to sweet, addictive vinyl, within weeks of the AMC drama’s finale. Limited to 2,000 copies, the double-LP was available only at Hot Topic stores. Fans still getting over the end of Walter White and Jesse Pinkman’s adventures could be forgiven for not copping that piece of memorabilia.

Now, Heisenberg is coming out with a mass-market product. According to The Hollywood Reporter, Breaking Bad (Original Score From the Television Series) is set for a re-release on April 29 via SpaceLab9 and Madison Gate Records. Originally available on picture discs, this version will come in gatefold packaging with photos from the series and an 18×24-inch poster. Showrunner Vince Gilligan will contribute liner notes, as will composer Dave Porter, who scored all 62 episodes and wrote the series’ Western-influenced theme song.

The album is up for pre-order now at Amazon and will run you $28. The 20-song track list, which may induce some tramautic flashbacks, is below.