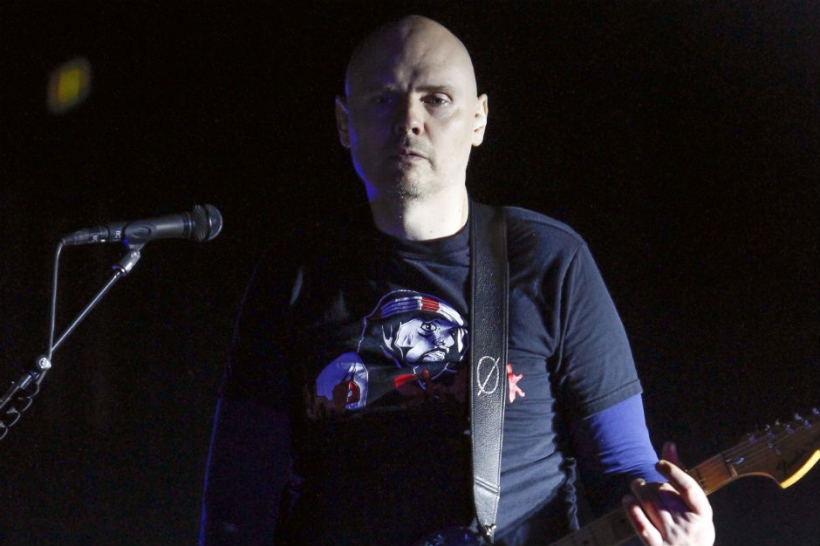 Billy Corgan has never liked things easy. As the leader of the Smashing Pumpkins, he’s always been prone to grand, epic gestures. And as a solo artist, the 47-year-old alt-rock hero explores modular synth and other futurist intonations — like when he performed an eight-hour musical rendition of Herman Hesse’s Siddhartha this past February. Or, when he did the same for poems by the Sufi mystic Rumi. But AEGEA, his newest double album, will be a departure into even deeper left-field territory, if that’s even possible.

In a recent post on the Smashing Pumpkins’ website, Corgan writes, “As a work, AEGEA is experimental in nature, and comes across as more a soundtrack to some lost foreign film than the kind of music I’m usually associated with.” He continues: “Listening back I quite like how AEGEA goes along, as it has qualities that are both meditative and alien; but not alienating.”

In the next six to eight weeks, the record — which includes recordings that date as far back as 2007 — will be released strictly on vinyl and in limited quantities. The first pressing will produce 250 copies, all of which will be available through online purchase for $59.95. For those living in the Highland Park area of Chicago, a few copies will be lying around Corgan’s Madame Zuzu’s Teahouse.

And, as if that’s not enough, Corgan is still hard at work on two new Smashing Pumpkins albums, informally titled Monuments to an Elegy and Day For Night, one of which includes “an epic, wizard part.” So, yes, your hunger for Billy Corgan strangeness will not go unsatisfied.