Arcade Fire Give Away Tickets to Secret Los Angeles Show 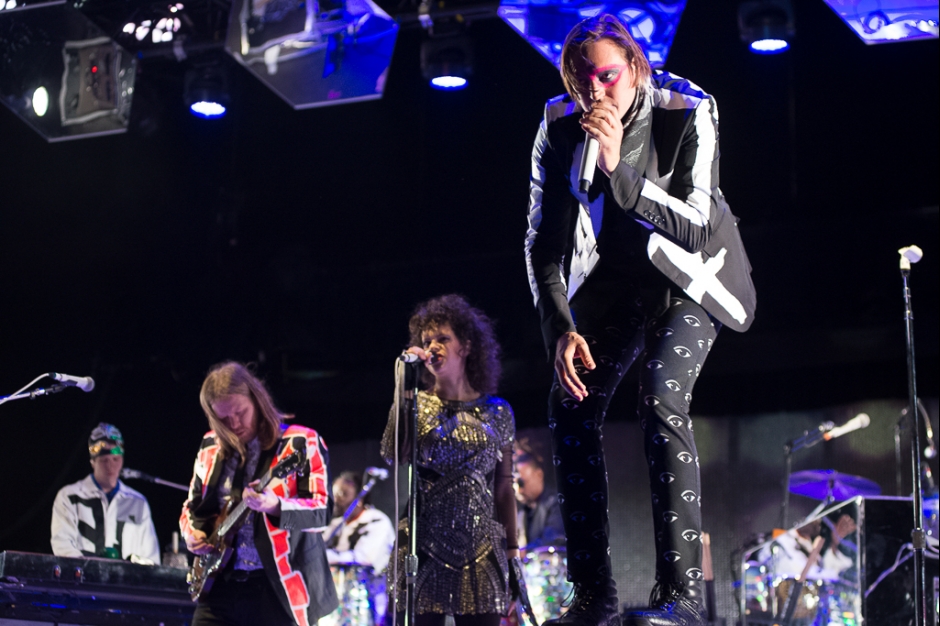 Arcade Fire mightily dominated Coachella 2014, closing out each weekend with a fiery set that included a tasteful guest appearance: Blondie’s Debbie Harry (plus, Aaron Paul) and Beck’s, um, Beck (plus, Daft Punk sorta). But those who weren’t able to witness the Reflektor-celebrating performances out on the polo grounds have a chance to watch the Canadian crew do their thing in a far more intimate environment tonight (Monday, April 21) at Los Angeles’ Roxy club.

Local station Alt 98.7 is giving tickets away every hour via The Woody Show. AF fan hub Arcade Fire Tube tweeted out the info, and also shared the following info directly from the band, via Facebook: “We’re playing a small show at The Roxy in Los Angeles tonight and have 30 pairs of tickets to give away. Upload your Reflektor photos to our Facebook wall or Instagram Gallery for the chance to win a pair. Winners will be contacted at 4pm PDT.”

Arcade Fire included a link to a space where fans can share their images.