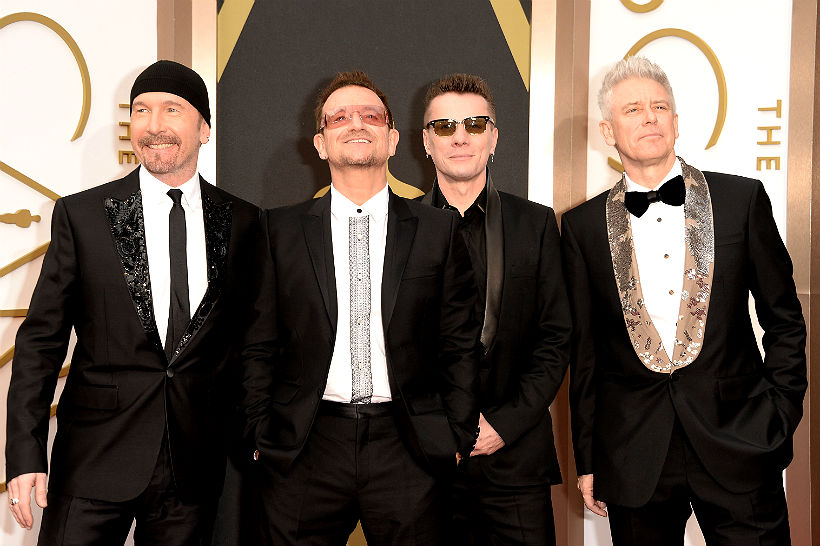 Last week, reports emerged that U2 were delaying their next album and a fall tour until 2015, choosing instead to spend more time in the studio with producers Paul Epworth and Ryan Tedder. Now, in an exclusive report by The Guardian, the band’s reps deny the postponement, saying, “U2’s album is planned for this year, is still on track, and touring plans haven’t been confirmed yet.”

While no additional information on the quartet’s follow-up to 2009’s No Line on the Horizon was offered, U2 performed new song “Ordinary Love” at the Academy Awards and released charity single “Invisible” during the Super Bowl. They’ve been working primarily with Danger Mouse on their 13th LP — a departure considering Steve Lillywhite produced four of their albums, and shared co-producing credits on four others.

“It seems to be taking longer for them to finish an album as they get older, but the great thing about U2 is that the whole of a record is always better than the sum of its parts,” a source told Billboard. “That magic that the band always seems to capture … they have yet to capture it.”

That statement echoes one of Bono’s own. Last month, in an interview with the BBC’s Zane Lowe, the frontman said, “We were trying to figure out, ‘Why would anyone want another U2 album?’ I think ‘Invisible’ is a great song, but I don’t know how accessible it is. We’ll find out if we’re irrelevant.”

As of last week, “Insivible” nabbed 64,000 purchases in the U.S., though it was downloaded for free by 3 million fans as part of a charity partnership with iTunes, (RED), and Bank of America.