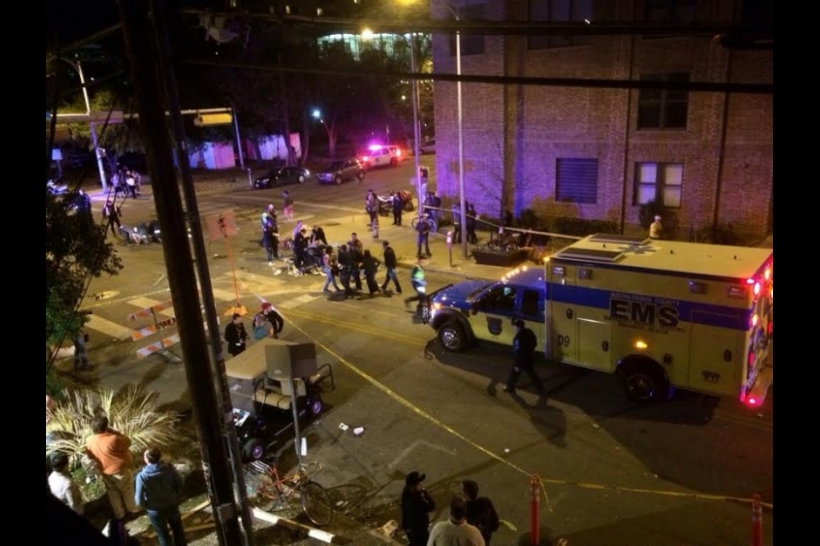 The car crash that cast a pall over SXSW claimed the life of another victim this morning. KVUE reports that 26-year-old Austin resident Sandy Le died this morning after several days on life support at University Medical Center Brackenridge. She was struck early in the morning of March 13 outside the Mohawk by 21-year-old Rashad Owens, who attempted to evade a DWI checkpoint before crashing into a crowd, killing three and injuring 22.

“She lived in this whimsy that almost made you jealous, she was a very carefree and nonchalant person with a definitely giving spirit, and she was very selfless,” her brother-in-law, Stuart Gates, told USA Today. “She was full of life, she was quirky, and she was always someone you were looking forward to seeing.” KVUE says that Le was surrounded by her family when she died, according to friends.

The other fatalities stemming from the accident were 27-year-old Austin resident Jamie West and 35-year-old Netherlands native Steven Craenmehr. As of this morning, DeAndre Tatum remains in critical condition at Brackenridge KXAN reports. Grace Nguyen is in serious condition, while Jamie West’s husband Evan is in fair condition. Joseph McCraney and Curtisha Davis are in good condition, while an unnamed victim is in fair condition at St. David’s Medical Center.

Owens, an aspiring musician from Killeen, Texas, was charged with two counts of capital murder and 23 counts of aggravated assault with a motor vehicle following the accident, but those charges will surely be amended following Le’s death. If convicted, he faces the death penalty.