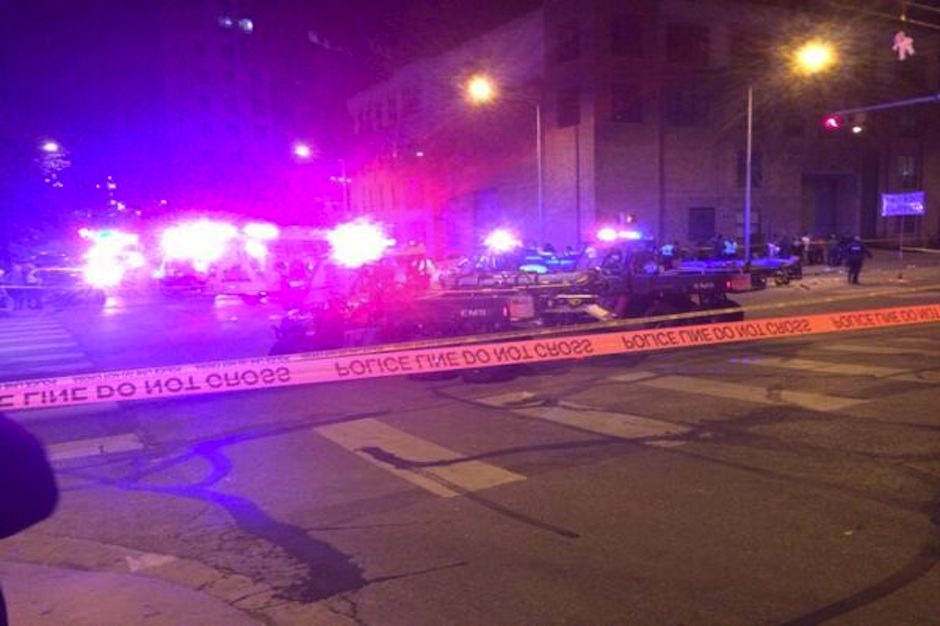 In light of Thursday morning’s tragic car crash in downtown Austin that left two people dead and 23 injured, local venue The Mohawk has canceled the South By Southwest event it was scheduled to host today, March 13. The daytime gig was to be an event sponsored by Vans and curated by Stereogum, which, like SPIN, is owned by SpinMedia. The program was booked to feature live performances by Cloud Nothings, Speedy Ortiz, EMA, the Pains of Being Pure at Heart, and more.

“Our thoughts and prayers are with the victims and families of last night’s senseless tragedy,” Vans and The Mohawk said in a statement. “We are working together with SXSW and city officials on next steps. We will be canceling all events scheduled for this afternoon. Tonight’s events are still pending, we will communicate information as it becomes available.”

As SPIN previously reported, a man driving a gray Toyota attempted to evade a DWI checkpoint and crashed into a crowd of pedestrians near the Mohawk. Twenty-three people were rushed to area hospitals and two were pronounced dead at the scene. One of the victims killed has been identified as Steven Craenmehr, a 35-year-old MassiveMusic employee from Amsterdam who was in Austin for the annual SXSW conference.

Fifteen of the people hospitalized have been treated and released, while the other eight remain under medical supervision. Two patients are in critical condition. Police have a suspect in custody, but have not yet revealed his name. During a press conference, Austin Police Chief Art Acevedo said he plans to charge the driver with two counts of capital murder and 23 counts of aggravated assault with a vehicle.

SpinMedia’s official statement: “Due to the terrible tragedy in Austin last night, the day time event scheduled at The Mohawk has been cancelled. Our thoughts and prayers are with the victims and their families.”