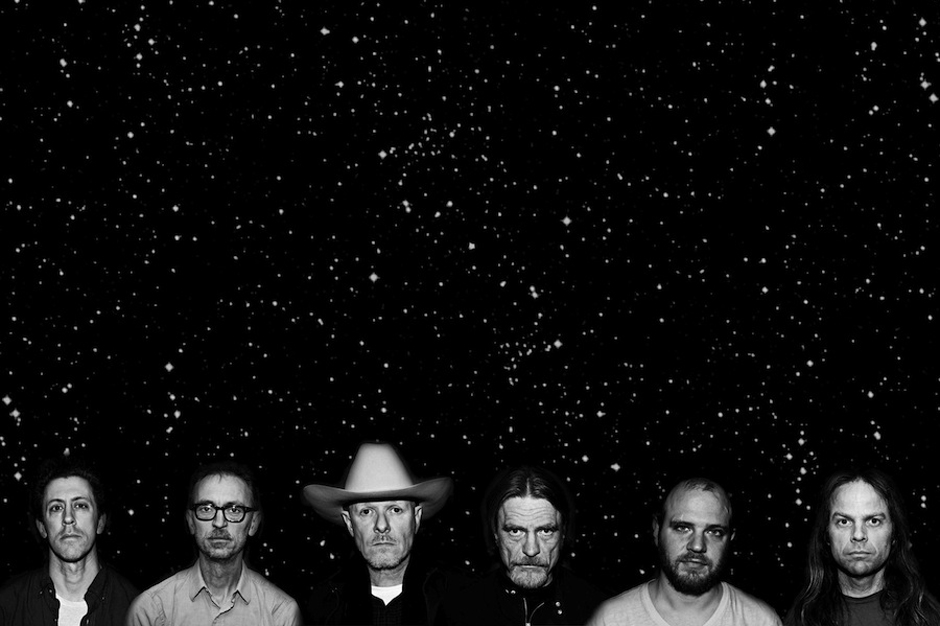 Swans’ 2012 double-wide release The Seer was nothing short of “a planet-eating Galactus of an album,” but New York-based experimental rock posse isn’t the type to take a step back after something so hefty. On May 13, Michael Gira and his fabulous doom-layers will release another two-disc set, this one dubbed To Be Kind. Guests will include St. Vincent, Cold Specks, King Crimson musician Bill Rieflin, and all-around renaissance artist Little Annie.

For those keeping score, this is indeed the crowd-funded LP we reported on in October — Gira has written a note to accompany the latest news, and says “the recordings and entire process of this album” were supported by fans and friends who bought their limited-edition handmade live double-CD Not Here/Not Now (and other goodies) via a Kickstarter-like corner of the official Swans site. Also up for grabs was an original song written about the purchaser.

The official band for this release — which will also offer a triple-LP vinyl version and a deluxe package that includes a live DVD — rounds up the usual suspects: Gira, Norman Westberg, Christoph Hahn, Phil Puleo, Thor Harris, and Christopher Pravdica. The band boss produced the set himself, and John Congleton (the Walkmen, Cloud Nothings, David Byrne, Bill Callahan) recorded the thing at Texas studio Sonic Ranch, a “communal desert environment.”

We (Swans) have recently completed our new album. It is currently being mastered at the time of this writing. It is called To Be Kind. The release date is set for May 13, 2014. It will be available as a triple vinyl album, a double CD, and a 2XCD Deluxe Edition that will include a live DVD. It will also be available digitally.

The album was produced by me, and it was recorded by the venerable John Congleton at Sonic Ranch, outside El Paso Texas, and further recordings and mixing were accomplished at John’s studio in Dallas, Texas. We commenced rehearsals as Sonic Ranch in early October 2013, began recording soon thereafter, then completed the process of mixing with John in Dallas by mid December 2013.

A good portion of the material for this album was developed live during the Swans tours of 2012/13. Much of the music was otherwise conjured in the studio environment.

The recordings and entire process of this album were generously and perhaps vaingloriously funded by Swans supporters through our auspices atyounggodrecords.com via the release of a special, handmade 2xCD live album entitled Not Here / Not Now. See details here: http://bit.ly/1igMi70

Special Guests for this record include (among many others): Little Annie (Annie sang a duet with me on the song Some Things We Do, the strings for which were ecstatically arranged and played by Julia Kent); St. Vincent (Annie Clark sang numerous, multi-tracked vocals throughout the record); Cold Specks (Al contributed numerous multi-tracked vocals to the song “Bring the Sun”); Bill Rieflin (honorary Swan Bill played too many instruments to list here, ranging from additional drums, to synthesizers, to piano, to electric guitar and so on. He has been a frequent contributor to Swans and Angels of Light and is currently playing with King Crimson)…

I love you! Michael Gira