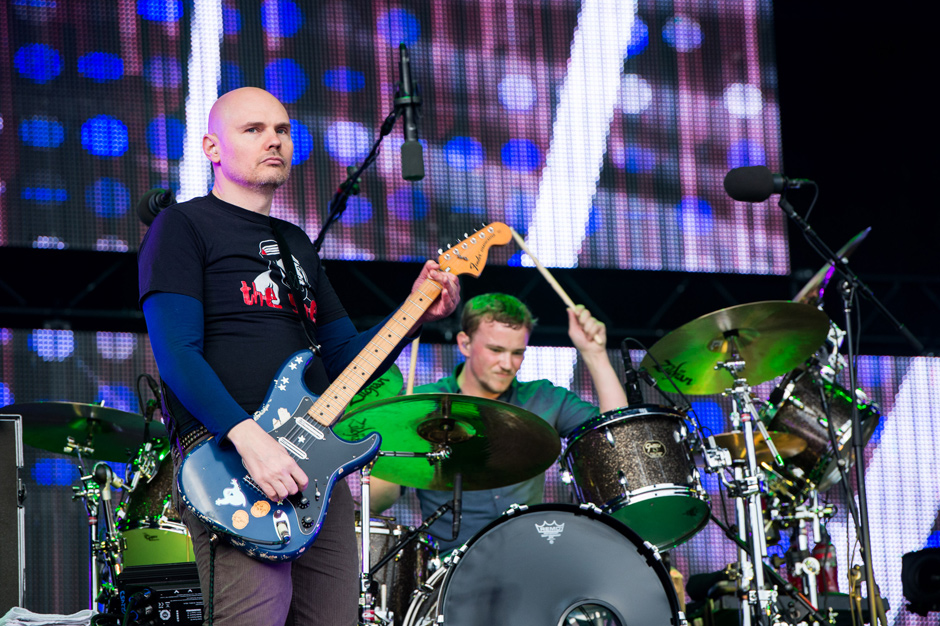 Billy Corgan has announced that his Smashing Pumpkins will release two new albums in 2015, titled Monuments to an Elegy and Day for Night. He’s teased the sets thusly: “For those interested in sound, think: ‘guitars, guitars, guitars, and more guitars;’ but more so on the epic side of things than say, grossly metallic.” He says recording began Tuesday, March 25, and that “plenty of songs have been written and ready to go.” He hopes for a new single this year.

The news comes via a post on the Pumkpins’ new website, which Corgan is calling “The Panopticon.” He writes that “through its simplicity [the site] should better address the speed of modern life. A continuing feature, items regarding each day’s recording will be shared that same evening, with song titles, lyrics, poetic impressions, pictures, sound clips, studio gear and the like offered for a circuitous, bird’s eye view of the process as it unfolds.”

Similarly, he recently gave fans (and Oneohtrix Point Never) a window in on his creative process when he livestreamed that eight-hour synth jam set to the words of Herman Hesse’s Siddhartha. He also appears in this probably-not-gonna-get-funded Kickstarter documentary, and continues to make power-moves in the world of professional wrestling. Meanwhile, former Pumpkins guitarist James Iha just turned in the theme song for a new Hulu series.