Chance the Rapper, Diplo, the Ragga Twins, and others cameo 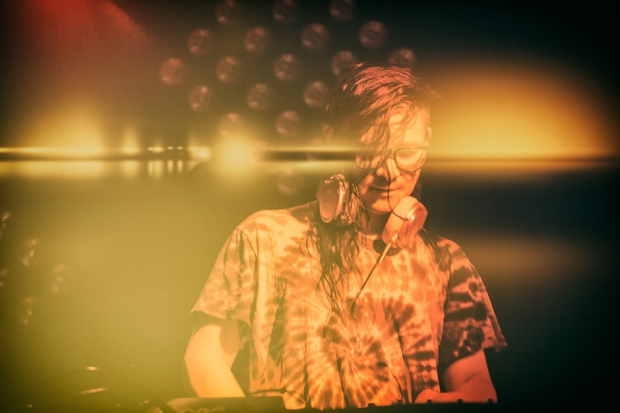 All is fair in love and brostep, so forgive Skrillex for dropping his new album unannounced at 2:00 a.m. Austin time, just as bleary SXSW partiers were slugging the last gulps of their final beers and even blearier music writers figured it was safe to shut down the news cycle for the night.

No, really: That’s also the title of the first song on Skrillex’s stealth-released debut album, Recess: “All Is Fair in Love and Brostep.” So you know he’s aware of what he’s doing here. Recess, due out on March 18 on OWSLA/Big Beat/Atlantic, is now said to be streaming in full on iTunes Radio’s “First Play” feature, although the service doesn’t currently seem to be working. (Update: The stream has come online on iTunes; listen here.) According to a tweet from Skrillex, the album is also streaming in full via his free Alien Ride app. Samples are available at iTunes’ pre-order page.

Despite the fact that Skrillex has already won two Grammys for Best Dance/Electronica Album, Recess is his first proper album; it follows a weekend of speculation regarding the likelihood of a new record, after the fist-pumping Mothership pilot launched a new app called Alien Ride in which, as FACT reported, Redditors discovered secret links to 11 unnamed tracks in iTunes and Google Play. Last night, those links began to unlock, every 30 minutes.

The 11-track long-player features a range of collaborators on all but two tracks. A few come from Moore’s extended family of electronic-music trouble-makers — Kill the Noise, Alvin Risk, Milo & Otis, all signed to his OWSLA label — but quite a few come from further afield. “Dirty Vibe” features Diplo alongside K-Pop’s G-Dragon (from Big Bang) and CL (from 2NE1). The British singer-songwriter Kid Harpoon guests on “Fire Away”; Sweden’s Niki & the Dove turn up on “Ease My Mind”; Chance the Rapper and the Social Experiment feature on “Coast Is Clear”; and Fatman Scoop and Passion Pit’s Michael Angelakos both appear on the Kill the Noise-assisted “Recess.” Most surprising, though, is the appearance on two tracks of the Ragga Twins, veteran U.K. junglists affiliated with the pioneering dancehall crew Unity Sounds and the early breakbeat hardcore label Shut Up and Dance; Moore was just two years old when the Ragga Twins released their debut single in 1990.

Listen to Recess in full on iTunes Radio here. U.K. listeners can check the album via a link at Dazed Digital. For now, you can hear all 11 songs in the fan-sourced SoundCloud player below.