Rick Ross Is the Bawse as ‘Mastermind’ Hits No. 1

Pharrell's 'G I R L' debuts at No. 2, Beck hangs on, and Ashanti returns 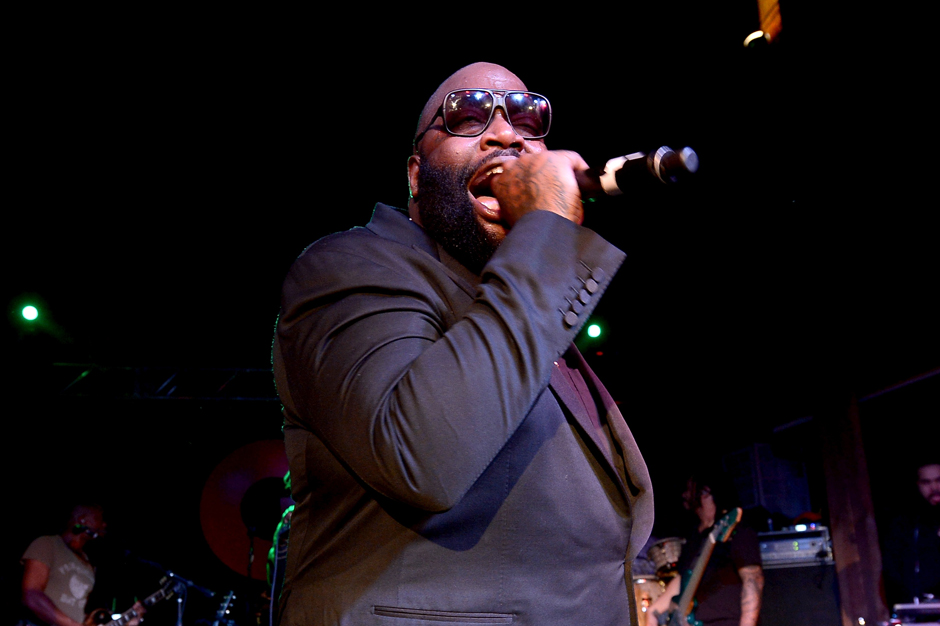 First! Rawse is indeed Bawse this week as his sixth album of consequence-free mumble-bragging, Mastermind, nabs the No. 1 slot on the Billboard 200. With 179,000 sold according to Nielsen SoundScan, the LP becomes his fifth to top the charts, putting the former corrections officer in the same rarified air as DMX and Tupac Shakur. Jay Z has the most No. 1 sets among rappers with 13. Eminem’s scored seven. Nas and Kanye West are tied for six. Yeezy actually joined Ross on The Arsenio Hall Show last week to perform “Sanctified.” All told, this has been a decent year for Rozay so far, considering in 2013 he was shot at, sued for a bunch of things, dissed by a South African billionaire, and dropped by one of his biggest commercial backers after tripping over his flapping gums.

2 to 5: Another artist who seems to have his very own gravitational pull debuts at No. 2. It’s Pharrell, of course, whose G I R L (112K) is exactly as infectious as you would’ve thought, and at least twice as daring. What do you get for the man who has it all, aside from a new hat? Well, a No. 1 album would’ve been nice, or an Oscar, but the Neptunes dude will have to settle for perpetual bridesmaid status. We hope he’s “Happy” there. Speaking of the Academy Awards, Disney’s Frozen soundtrack stays strong at No. 3 with 100K sold. That gives the November release 994K this year alone. Next week, it will undoubtedly become the first album to sell a million in 2014. No. 4 goes to Glee star Lea Michele with Louder (60K), and No. 5 to country’s Eli Young Band with 10,000 Towns (36K).

The Rest: We’re tickled pink to see Beck’s Morning Phase stay in the top 10 on its second week. That stark and lovely set dipped 62 percent in sales but still moved 33K — enough for No. 6. Lorde-mania continues, as the New Zealander who’s been covered by everyone from CHVRCHES to Nirvana’s Krist Novoselic sells another 31K packets of Pure Heroine to land at No. 7. SPIN favorite ScHoolboy Q dips from No. 1 down to No. 8, with Oxymoron moving 30K. SPIN cover star Eric Church and The Outsiders slips two rungs to No. 9 (30K-ish). And after an eight-year absence, R&B’s Ashanti hits No. 10 with BraveHeart, released on the New York singer-songwriter’s very own label, Written Entertainment. No William Wallace cameos, but a familiar face does appear: Ross himself, on “I Got It.”

Hot 100: Well, duh, it’s “Happy.” Pharrell may not have nabbed the No. 1 album position, but his Despicable Me 2 song maintains its vise grip on the top spot in the Hot 100 songs chart. That’s three weeks running now, as Idina Menzel’s Frozen jam “Let It Go” scores a No. 9 slot. Katy Perry’s “Dark Horse” holds at No. 2, and Jason Derulo’s “Talk Dirty” is pushed out of No. 3 by John Legend’s far less lascivious “All of Me.”